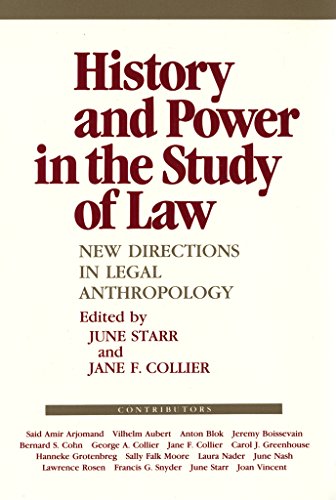 History and Power in the Study of Law: New Directions in Legal Anthropology (The Anthropology of Contemporary Issues)

Building on earlier work in the anthropology of law and taking a critical stance toward it, June Starr and Jane F. Collier ask, "Should social anthropologists continue to isolate the ‘legal’ as a separate field of study?" To answer this question, they confront critics of legal anthropology who suggest that the subfield is dying and advocate a reintegration of legal anthropology into a renewed general anthropology. Chapters by anthropologists, sociologists, and law professors, using anthropological rather than legal methodologies, provide original analyses of particular legal developments. Some contributors adopt an interpretative approach, focusing on law as a system of meaning; others adopt a materialistic approach, analyzing the economic and political forces that historically shaped relations between social groups. Contributors include Said Armir Arjomand, Anton Blok, Bernard Cohn, George Collier, Carol Greenhouse, Sally Falk Moore, Laura Nader, June Nash, Lawrence Rosen, June Starr, and Joan Vincent. 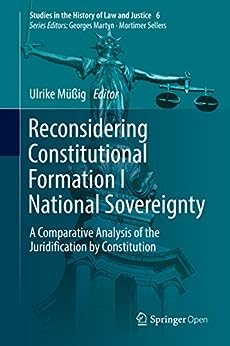 Reconsidering Constitutional Formation I National Sovereignty: A Comparative Analysis of the Juridification by Constitution (Studies in the History of Law and Justice Book 6)

This open access book can be downloaded from link.springer.comLegal studies and consequently legal history focus on constitutional documents, believing in a nominalist autonomy of constitutional semantics. Reconsidering Constitutional Formation in the late 18th and 19th century, kept historic constitutions from being simply log-books for political experts through a functional approach to the interdependencies between constitution and public discourse. Sovereignty had to be ‘believed’ by the subjects and the political élites. Such a communicative orientation of constitutional processes became palpable in the ‘religious’ affinities of the constitutional preambles. They were held as ‘creeds’ of a new order, not only due to their occasional recourse to divine authority, but rather due to the claim for eternal validity contexts of constitutional guarantees. The communication dependency of constitutions was of less concern in terms of the preamble than the constituents’ big worries about government organisation. Their indecisiveness between monarchical and popular sovereignty was established through the discrediting of the Republic in the Jacobean reign of terror and the ‘renaissance’ of the monarchy in the military resistance against the French revolutionary and later Napoleonic campaigns. The constitutional formation as a legal act of constituting could therefore defend the monarchy from the threat of the people (Albertine Statute 1848), could be a legal decision of a national constituent assembly (Belgian Constitution 1831), could borrow from the old liberties (Polish May Constitution 1791) or try to remain in between by referring to the Nation as sovereign (French September Constitution 1791, Cádiz Constitution 1812). Common to all contexts is the use of national sovereignty as a legal starting point. The consequent differentiation between constituent and constituted power manages to justify the self-commitment of political power in legal terms. National sovereignty is the synonym for the juridification of sovereignty by means of the constitution. The novelty of the constitutions of the late 18th and 19th century is the normativity, the positivity of the constitutional law as one unified law, to be the measure for the legality of all other law. Therefore ReConFort will continue with the precedence of constitution. (www.reconfort.eu) 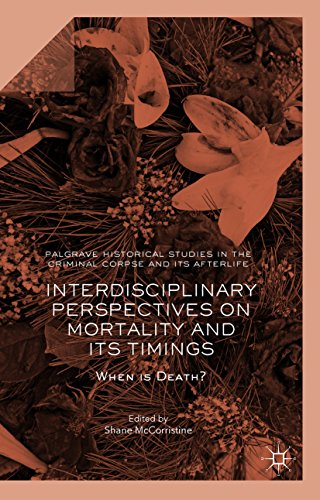 Interdisciplinary Perspectives on Mortality and its Timings: When is Death? (Palgrave Historical Studies in the Criminal Corpse and its Afterlife)

This book is open access under a CC BY 4.0 license.This volume provides a series of illuminating perspectives on the timings of death, through in-depth studies of Shakespearean tragedy, criminal execution, embalming practices, fears of premature burial, rumours of Adolf Hitler’s survival, and the legal concept of brain death. In doing so, it explores a number of questions, including: how do we know if someone is dead or not? What do people experience at the moment when they die? Is death simply a biological event that comes about in temporal stages of decomposition, or is it a social event defined through cultures, practices, and commemorations? In other words, when exactly is death? Taken together, these contributions explore how death emerges in a series of stages that are uncertain, paradoxical, and socially contested. 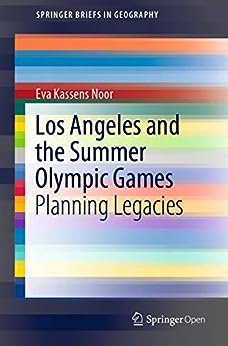 This open access book describes the three planning approaches and legacy impacts for the Olympic Games in one locale: the city of Los Angeles, USA. The author critically compares the similarities and differences of the LA Olympics by reviewing the 1932 and 1984 Olympics and by analyzing the concurrent planning process for the 2028 Olympics. The author unravels the conditions that make (or do not make) LA28’s argument “we have staged the Games before, we can do it again” compelling. Setting the bid’s promises into the contemporary local and global mega-event contexts, the author analyzes why LA won the bids, how those wins allowed LA to negotiate concessions with the IOC and NOC, and how legacies were planned, executed, and ultimately evolved. The author concludes with a prediction which 2028 legacy promises might and might not be fulfilled given the local and international Olympic contexts. 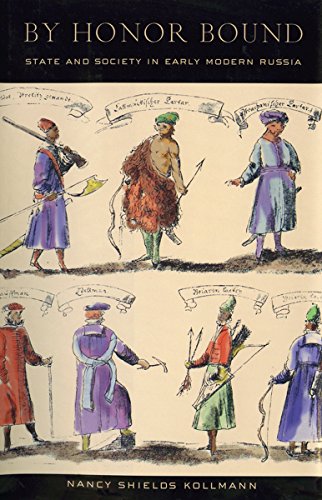 By Honor Bound: State and Society in Early Modern Russia

In the sixteenth and seventeenth centuries, Russians from all ranks of society were bound together by a culture of honor. Here one of the foremost scholars of early modern Russia explores the intricate and highly stylized codes that made up this culture. Nancy Shields Kollmann describes how these codes were manipulated to construct identity and enforce social norms—and also to defend against insults, to pursue vendettas, and to unsettle communities. She offers evidence for a new view of the relationship of state and society in the Russian empire, and her richly comparative approach enhances knowledge of statebuilding in premodern Europe. By presenting Muscovite state and society in the context of medieval and early modern Europe, she exposes similarities that blur long-standing distinctions between Russian and European history.Through the prism of honor, Kollmann examines the interaction of the Russian state and its people in regulating social relations and defining an individual's rank. She finds vital information in a collection of transcripts of legal suits brought by elites and peasants alike to avenge insult to honor. The cases make clear the conservative role honor played in society as well as the ability of men and women to employ this body of ideas to address their relations with one another and with the state. Kollmann demonstrates that the grand princes—and later the tsars—tolerated a surprising degree of local autonomy throughout their rapidly expanding realm. Her work marks a stark contrast with traditional Russian historiography, which exaggerates the power of the state and downplays the volition of society. 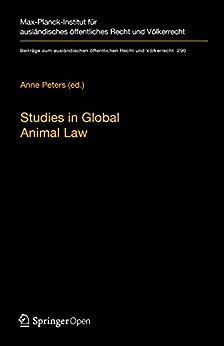 This open access book contains 13 contributions on global animal law, preceded by an introduction which explains key concepts and methods. Global Animal Law refers to the sum of legal rules and principles (both state-made and non-state-made) governing the interaction between humans and other animals, on a domestic, local, regional, and international level. Global animal law is the response to the mismatch between almost exclusively national animal-related legislation on the one hand, and the global dimension of the animal issue on the other hand. The chapters lay some historical foundations in the ius naturae et gentium, examine various aspects of how national and international law traditionally deals with animals as commodity; and finally suggest new legal concepts and protective strategies. The book shows numerous entry points for animal issues in international law and at the same time shifts the focus and scope of inquiry. 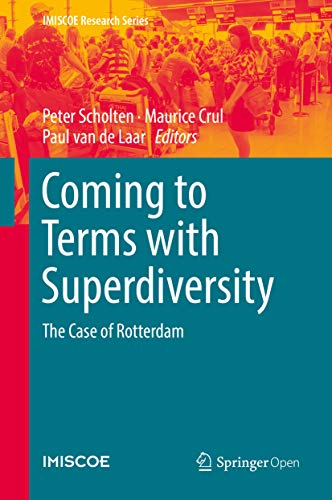 Coming to Terms with Superdiversity: The Case of Rotterdam (IMISCOE Research Series)

This open access book discusses Rotterdam as clear example of a superdiverse city that is only reluctantly coming to terms with this new reality. Rotterdam, as is true for many post-industrial cities, has seen a considerable backlash against migration and diversity: the populist party Leefbaar Rotterdam of the late Pim Fortuyn is already for many years the largest party in the city. At the same time Rotterdam has become a majority minority city where the people of Dutch descent have become a numerical minority themselves. The book explores how Rotterdam is coming to terms with superdiversity, by an analysis of its migration history of the city, the composition of the migrant population and the Dutch working class population, local politics and by a comparison with Amsterdam and other cities. As such it contributes to a better understanding not just of how and why super-diverse cities emerge but also how and why the reaction to a super-diverse reality can be so different.By focusing on different aspects of superdiversity, coming from different angles and various disciplinary backgrounds, this book will be of interest to students and scholars in migration, policy sciences, urban studies and urban sociology, as well as policymakers and the broader public. 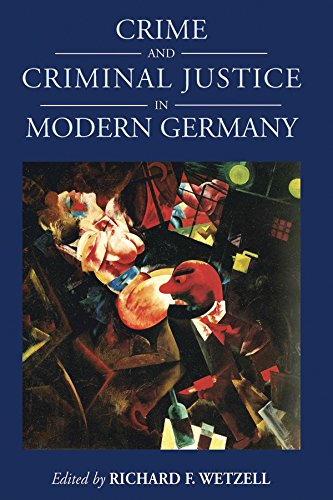 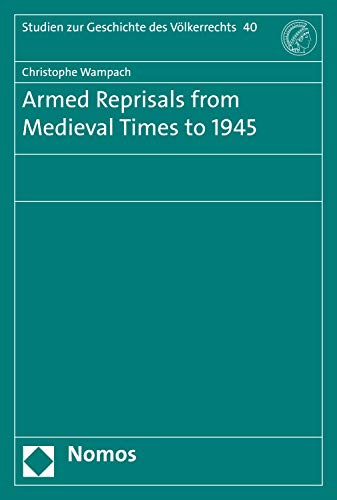