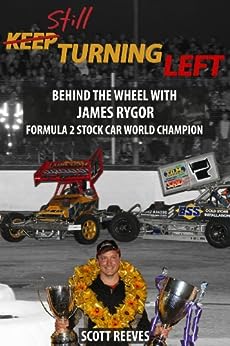 When 35 of the best stock car racing drivers came together to contest the World Championship in September 2013, few people predicted that James Rygor would come from the back of the grid in his debut World Final to claim the greatest prize in the sport. Yet Rygor snatched glory in the dying moments, a dramatic finish to one of the finest races in the history of oval motorsport.In this short sequel to KEEP TURNING LEFT, Scott Reeves recounts the spectacular World Final and meets the new World Champion. Featuring colour photographs and based on interviews with James Rygor, this is the story of one racing driver's journey to shock success.