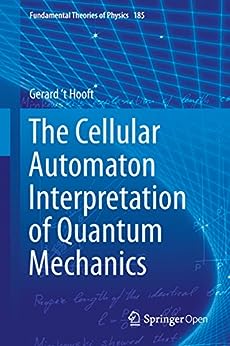 This book presents the deterministic view of quantum mechanics developed by Nobel Laureate Gerard 't Hooft.Dissatisfied with the uncomfortable gaps in the way conventional quantum mechanics meshes with the classical world, 't Hooft has revived the old hidden variable ideas, but now in a much more systematic way than usual. In this, quantum mechanics is viewed as a tool rather than a theory.The author gives examples of models that are classical in essence, but can be analysed by the use of quantum techniques, and argues that even the Standard Model, together with gravitational interactions, might be viewed as a quantum mechanical approach to analysing a system that could be classical at its core. He shows how this approach, even though it is based on hidden variables, can be plausibly reconciled with Bell's theorem, and how the usual objections voiced against the idea of ‘superdeterminism' can be overcome, at least in principle. This framework elegantly explains - and automatically cures - the problems of the wave function collapse and the measurement problem. Even the existence of an “arrow of time" can perhaps be explained in a more elegant way than usual. As well as reviewing the author’s earlier work in the field, the book also contains many new observations and calculations. It provides stimulating reading for all physicists working on the foundations of quantum theory. 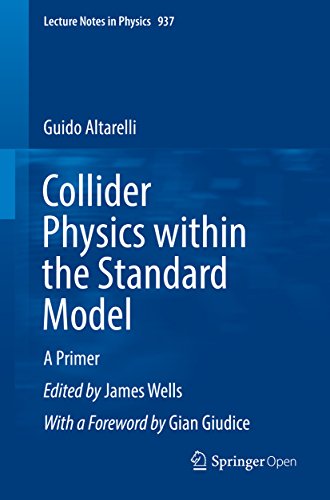 Collider Physics within the Standard Model: A Primer (Lecture Notes in Physics Book 937)

This book is open access under a CC BY 4.0 license.With this graduate-level primer, the principles of the standard model of particle physics receive a particular skillful, personal and enduring exposition by one of the great contributors to the field. In 2013 the late Prof. Altarelli wrote: The discovery of the Higgs boson and the non-observation of new particles or exotic phenomena have made a big step towards completing the experimental confirmation of the standard model of fundamental particle interactions. It is thus a good moment for me to collect, update and improve my graduate lecture notes on quantum chromodynamics and the theory of electroweak interactions, with main focus on collider physics. I hope that these lectures can provide an introduction to the subject for the interested reader, assumed to be already familiar with quantum field theory and some basic facts in elementary particle physics as taught in undergraduate courses. “These lecture notes are a beautiful example of Guido’s unique pedagogical abilities and scientific vision”. From the Foreword by Gian Giudice