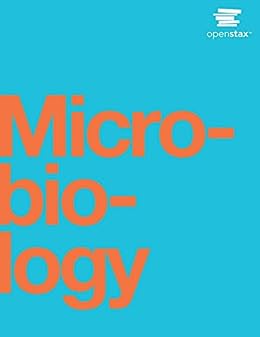 Microbiology covers the scope and sequence requirements for a single-semester microbiology course for non-majors. The book presents the core concepts of microbiology with a focus on applications for careers in allied health. The pedagogical features of the text make the material interesting and accessible while maintaining the career-application focus and scientific rigor inherent in the subject matter. Microbiology’s art program enhances students’ understanding of concepts through clear and effective illustrations, diagrams, and photographs. Microbiology is produced through a collaborative publishing agreement between OpenStax and the American Society for Microbiology Press. The book aligns with the curriculum guidelines of the American Society for Microbiology. 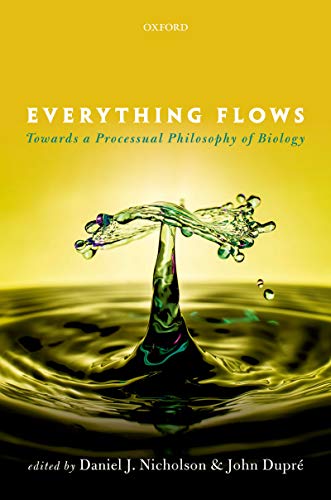 Everything Flows: Towards a Processual Philosophy of Biology

This is an open access title available under the terms of a CC BY-NC-ND 4.0 International licence. It is free to read at Oxford Scholarship Online and offered as a free PDF download from OUP and selected open access locations.Everything Flows explores the metaphysical thesis that the living world is not made up of substantial particles or things, as has often been supposed, but is rather constituted by processes. The biological domain is organised as an interdependent hierarchy of processes, which are stabilized and actively maintained at different timescales. Even entities that intuitively appear to be paradigms of things, such as organisms, are actually better understood as processes. Unlike previousattempts to articulate processual views of biology, which have tended to use Alfred North Whitehead's panpsychist metaphysics as a foundation, this book takes a naturalistic approach to metaphysics. It submits that the main motivations for replacing an ontology of substances with one of processes are to be foundin the empirical findings of science. Biology provides compelling reasons for thinking that the living realm is fundamentally dynamic, and that the existence of things is always conditional on the existence of processes. The phenomenon of life cries out for theories that prioritise processes over things, and it suggests that the central explanandum of biology is not change but rather stability, or more precisely, stability attained through constant change. This edited volume brings togetherphilosophers of science and metaphysicians interested in exploring the prospects of a processual philosophy of biology. The contributors draw on an extremely wide range of biological case studies, and employ a process perspective to cast new light on a number of traditional philosophical problems, suchas identity, persistence, and individuality. 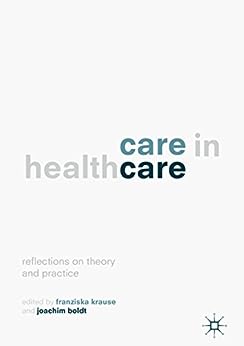 Care in Healthcare: Reflections on Theory and Practice

This book is open access under a CC BY 4.0 license.This book examines the concept of care and care practices in healthcare from the interdisciplinary perspectives of continental philosophy, care ethics, the social sciences, and anthropology. Areas addressed include dementia care, midwifery, diabetes care, psychiatry, and reproductive medicine. Special attention is paid to ambivalences and tensions within both the concept of care and care practices. Contributions in the first section of the book explore phenomenological and hermeneutic approaches to care and reveal historical precursors to care ethics. Empirical case studies and reflections on care in institutionalised and standardised settings form the second section of the book. The concluding chapter, jointly written by many of the contributors, points at recurring challenges of understanding and practicing care that open up the field for further research and discussion. This collection will be of great value to scholars and practitioners of medicine, ethics, philosophy, social science and history. 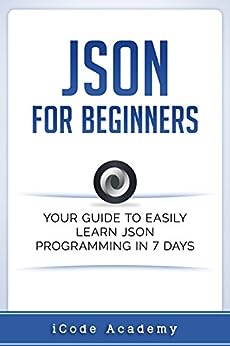 Json for Beginners: Your Guide to Easily Learn Json In 7 Days

Are You Ready To Learn JSON Easily? This book contains the steps, strategies, and techniques you need to learn, explore, and use JSON, the preferred and standard data format of the web. It was conceptualized and developed to provide beginners and web developers a comprehensive training that will help them master JSON in as short as one day.What is JSON and why should you learn it? JSON stands for JavaScript Object Notation. A subset of JavaScript, it is a way of storing information in an organized manner. It provides human readable data that can be accessed easily and logically. JSON facilitates data transfer between a server and a web application. The JSON format is used to serialize and transmit structured data over the internet. Its simplicity and flexibility allows it to be used across applications, programming languages, and framework.JSON is a lightweight text-only format that can be easily transferred to and from a server. While it is strongly associated with JavaScript, JSON is a language-independent format that is popularly used in modern programming languages such as Python, PERL, Java, Ruby, and PHP. You’ll typically find built-in functions, methods, or workaround that allow these programming languages to utilize JSON. Here Is What You'll Learn After Downloading This JSON Programming Book: ✓ Introduction CHAPTER 1: THE BASICS✓CHAPTER 2: JSON SYNTAX CHAPTER 3: DATA TYPES✓CHAPTER 4: CREATING JSON OBJECTSCHAPTER 5: PARSING JSON✓CHAPTER 6: JSON DATA PERSISTENCECHAPTER 7: DATA INTERCHANGE✓CHAPTER 8: CROSS-ORIGIN RESOURCESCHAPTER 9: POSTING JSON✓CHAPTER 10: WORKING WITH TEMPLATESCHAPTER 11: JSON WITH PHP What Are You Waiting For? Start Coding with JSON Right Now! 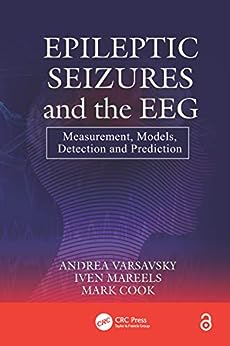 Epileptic Seizures and the EEG: Measurement, Models, Detection and Prediction

A study of epilepsy from an engineering perspective, this volume begins by summarizing the physiology and the fundamental ideas behind the measurement, analysis and modeling of the epileptic brain. It introduces the EEG and provides an explanation of the type of brain activity likely to register in EEG measurements, offering an overview of how these EEG records are and have been analyzed in the past. The book focuses on the problem of seizure detection and surveys the physiologically based dynamic models of brain activity. Finally, it addresses the fundamental question: can seizures be predicted? Based on the authors' extensive research, the book concludes by exploring a range of future possibilities in seizure prediction.