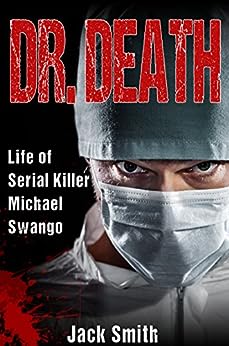 Under the appearance of a caring doctor, Michael Swango planned and killed... Wherever he went, death followed…Download FREE with Kindle Unlimited The story of Michael Swango is perhaps not quite as well-known as that of other prolific killers such as Ted Bundy and Richard Ramirez, but this diabolical doctor may have killed more people than these two murderers combined. And, what makes the story of Michael Swango even more sinister is that he committed his crimes under the guise of medicine. He put up a facade that he was healing the sick when in reality he was purposefully making his patients sick. He was, in fact, killing them. Swango would approach his victims with a calm, perfectly crafted bedside manner before injecting them with his lethal dose of murder. Swango broke the sacred Hippocratic Oath that all physicians take, proclaiming that they will do no harm. What made this man break such a sacred trust in such a deplorable manner? Just what made this certified medical professional feel that he had a license to kill?Read on your favorite devices such as Kindle, iPhone, iPad, Android cellular phone, tablet, laptop, or computer with Amazon's free reading Kindle App.Scroll back up and click the BUY NOW button at the top right side of this page for an immediate download!