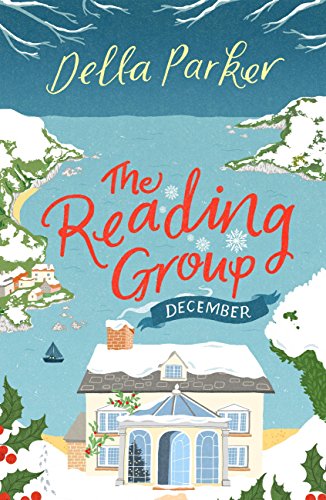 A FREE teaser to the wonderful THE READING GROUP, coming soon in November 2018.Read it here first! Grace knows that the holiday season is going to be different this year. No turkey, no tinsel, no gorgeously wrapped gifts under the tree . . . how on earth is she going to break it to her little boys that Christmas is effectively cancelled? And can she bear to tell anyone her embarrassing secret? Enter the Reading Group: Grace's life might have turned upside down but there's no problem they can't solve. Meet the Reading Group: No topic is off-limits: books, family, love and loss . . . and don't forget the glass of red! 'Brims with laughs, love, family and friendship. You will love this heartwarming read!' Trisha Ashley. 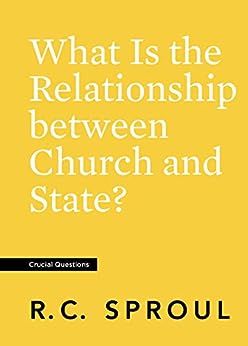 What Is the Relationship between Church and State? (Crucial Questions)

In the United States, people often hear the phrase “separation of church and state.” Many assume this means the government should rule without taking God into account. But that idea is a distortion of the truth.In this booklet, Dr. R.C. Sproul explains where the government ultimately gets its authority: from God Himself. God ordained the state to protect life and promote justice. Christians must respect and honor their earthly authorities but at the same time remember that God is the highest authority of all.The Crucial Questions booklet series by Dr. R.C. Sproul offers succinct answers to important questions often asked by Christians and thoughtful inquirers. 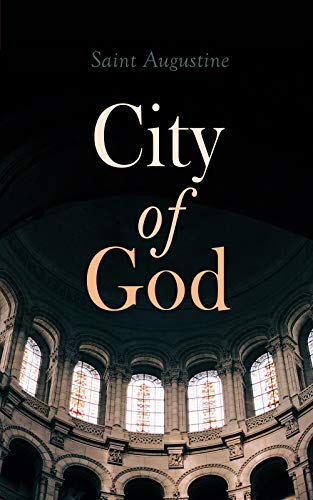 City of God: Treatise on the State of God Against the Pagans

The City of God is a book of Christian philosophy written in Latin by Augustine of Hippo in the early 5th century AD. The book was in response to allegations that Christianity brought about the decline of Rome and is considered one of Augustine's most important works. Augustine wrote The City of God as an argument for the truth of Christianity over competing religions and philosophies. He argues that Christianity was not responsible for the Sack of Rome, but instead responsible for its success. Even if the earthly rule of the Empire was imperiled, it was the City of God that would ultimately triumph. As a work of one of the most influential Church Fathers, The City of God is a cornerstone of Western thought, expounding on many profound questions of theology, such as the suffering of the righteous, the existence of evil, the conflict between free will and divine omniscience, and the doctrine of original sin. 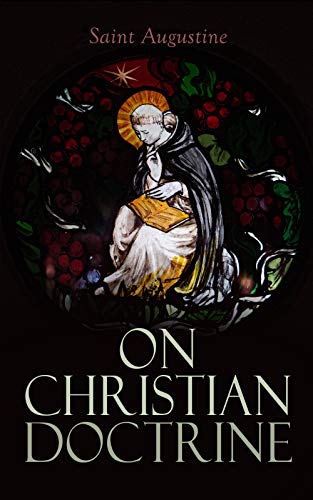 On Christian Doctrine: Theological Treatise on the Teachings of Scriptures

On Christian Doctrine is a theological text written by Augustine of Hippo. It consists of four books that describe how to interpret and teach the Scriptures. By writing this text, Augustine set three tasks for Christian teachers and preachers: to discover the truth in the contents of the Scriptures, to teach the truth from the Scriptures, and to defend scriptural truth when it was attacked. Book One discusses enjoyment, use, interpretation, and the relation of various Christian doctrines to these concepts; Book Two discusses the types of unknown signs present in the world and defines each and presents methods for understanding the Scriptures; Book Three discusses how to interpret ambiguous literal and ambiguous figurative signs. Ambiguous signs are those whose meaning is unclear or confused; Book Four discusses the relationship between Christian truth and rhetoric, the importance of eloquence, and the role of the preacher. 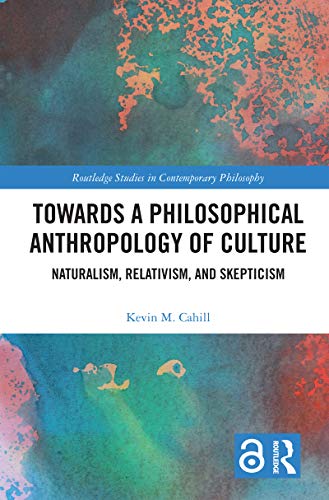 Towards a Philosophical Anthropology of Culture: Naturalism, Relativism, and Skepticism (Routledge Studies in Contemporary Philosophy)

This book explores the question of what it means to be a human being through sustained and original analyses of three important philosophical topics: relativism, skepticism, and naturalism in the social sciences.Kevin Cahill’s approach involves an original employment of historical and ethnographic material that is both conceptual and empirical in order to address relevant philosophical issues. Specifically, while Cahill avoids interpretative debates, he develops an approach to philosophical critique based on Cora Diamond’s and James Conant’s work on the early Wittgenstein. This makes possible the use of a concept of culture that avoids the dogmatism that not only typifies traditional metaphysics but also frequently mars arguments from ordinary language or phenomenology. This is especially crucial for the third part of the book, which involves a cultural-historical critique of the ontology of the self in Stanley Cavell’s work on skepticism. In pursuing this strategy, the book also mounts a novel and timely defense of the interpretivist tradition in the philosophy of the social sciences.Towards a Philosophical Anthropology of Culture will be of interest to researchers working on the philosophy of the social sciences, Wittgenstein, and philosophical anthropology. 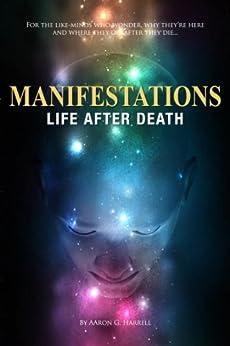 Manifestations: Life After Death - For like-minds who wonder, why they're here and where they go after they die...

One of the greatest mysteries that have baffled the living is the knowledge of where we go after this life is over. . . . Manifestations, Life after Death takes you on a journey into this afterlife. It explores a new plight of existence, an existence that presents complex challenges; challenges that cannot be mirrored on Earth. While you travel, you will learn more about yourself; why you’re here; and, ultimately, where you’re going—after this life.About The AuthorAAron is from Boston, MA. He was born the second son to Marvin and Barbara Harrell. He grew up with his 2 brothers, Derryck and Michael. During the 1970s, the city of Boston was fueled by racism, and its school system was one of the lowest ranked in the country. AAron was placed into a bussing system called Metco. The Metco system was designed to ship inner-city students to suburban schools to receive a better education, and to begin an intergration process between blacks and whites. AAron was educated in the Newton school system, in which he excelled. He was popular among his peers and was part of breaking those racial barriers. In 1987, he graduate with honors and was inducted into the book, Who's Who, Amongst High School Students, in the United States. 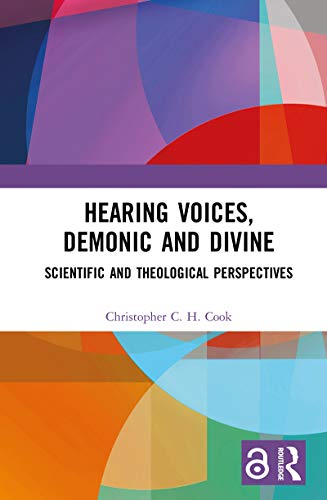 The Open Access version of this book, available at www.taylorfrancis.com/books/9781472453983, has been made available under a Creative Commons Attribution-Non Commercial-No Derivative 4.0 license.Experiences of hearing the voice of God (or angels, demons, or other spiritual beings) have generally been understood either as religious experiences or else as a feature of mental illness. Some critics of traditional religious faith have dismissed the visions and voices attributed to biblical characters and saints as evidence of mental disorder. However, it is now known that many ordinary people, with no other evidence of mental disorder, also hear voices and that these voices not infrequently include spiritual or religious content. Psychological and interdisciplinary research has shed a revealing light on these experiences in recent years, so that we now know much more about the phenomenon of "hearing voices" than ever before. The present work considers biblical, historical, and scientific accounts of spiritual and mystical experiences of voice hearing in the Christian tradition in order to explore how some voices may be understood theologically as revelatory. It is proposed that in the incarnation, Christian faith finds both an understanding of what it is to be fully human (a theological anthropology), and God’s perfect self-disclosure (revelation). Within such an understanding, revelatory voices represent a key point of interpersonal encounter between human beings and God. 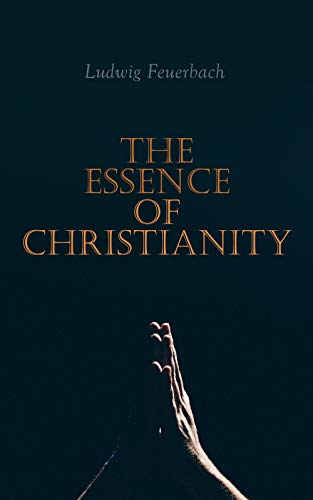 The Essence of Christianity

The Essence of Christianity is a book by Ludwig Feuerbach in which he explains his philosophy and critique of religion. Feuerbach's theme was a derivation of Hegel's speculative theology in which the Creation remains a part of the Creator, while the Creator remains greater than the Creation. In Part One, Feuerbach developed what he calls the "true or anthropological essence of religion", treating of God in his various aspects. Thus God is nothing else than man: he is, so to speak, the outward projection of man's inward nature. In Part Two he discusses the "false or theological essence of religion", i.e. the view which regards God as having a separate existence over against man. 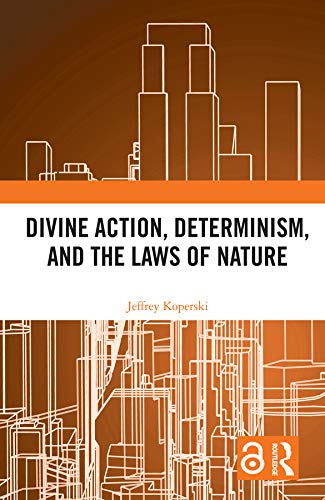 Divine Action, Determinism, and the Laws of Nature

A longstanding question at the intersection of science, philosophy, and theology is how God might act, or not, when governing the universe. Many believe that determinism would prevent God from acting at all, since to do so would require violating the laws of nature. However, when a robust view of these laws is coupled with the kind of determinism now used in dynamics, a new model of divine action emerges. This book presents a new approach to divine action beyond the current focus on quantum mechanics and esoteric gaps in the causal order. It bases this approach on two general points. First, that there are laws of nature is not merely a metaphor. Second, laws and physical determinism are now understood in mathematically precise ways that have important implications for metaphysics. The explication of these two claims shows not only that nonviolationist divine action is possible, but there is considerably more freedom available for God to act than current models allow. By bringing a philosophical perspective to an issue often dominated by theologians and scientists, this text redresses an imbalance in the discussion around divine action. It will, therefore, be of keen interest to scholars of Philosophy and Religion, the Philosophy of Science, and Theology. 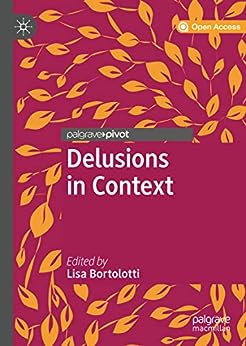 This open access book offers an exploration of delusions—unusual beliefs that can significantly disrupt people’s lives. Experts from a range of disciplinary backgrounds, including lived experience, clinical psychiatry, philosophy, clinical psychology, and cognitive neuroscience, discuss how delusions emerge, why it is so difficult to give them up, what their effects are, how they are managed, and what we can do to reduce the stigma associated with them. Taken as a whole, the book proposes that there is continuity between delusions and everyday beliefs. It is essential reading for researchers working on delusions and mental health more generally, and will also appeal to anybody who wants to gain a better understanding of what happens when the way we experience and interpret the world is different from that of the people around us.