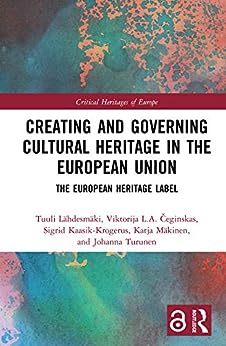 Creating and Governing Cultural Heritage in the European Union: The European Heritage Label provides an interdisciplinary examination of the ways in which European cultural heritage is created, communicated, and governed via the new European Heritage Label scheme.Drawing on ethnographic field research conducted across ten countries at sites that have been awarded with the European Heritage Label, the authors of the book approach heritage as an entangled social, spatial, temporal, discursive, narrative, performative, and embodied process. Recognising that heritage is inherently political and used by diverse actors as a tool for re-imagining communities, identities, and borders, and for generating notions of inclusion and exclusion in Europe, the book also considers the idea of Europe itself as a narrative. Chapters tackle issues such as multilevel governance of heritage; geopolitics of border-crossings and border-making; participation and non-participation; and embodiment and affective experience of heritage.Creating and Governing Cultural Heritage in the European Union advances heritage studies with an interdisciplinary approach that utilises and combines theories and conceptualizations from critical geopolitics, political studies, EU and European studies, cultural policy research, and cultural studies. As such, the volume will be of interest to scholars and students engaged in the study of heritage, politics, belonging, the EU, ideas, and narratives of Europe. 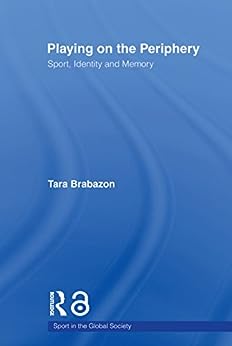 Playing on the Periphery: Sport, Identity and Memory (Sport in the Global Society)

Part of the Sport in the Global Society series, this innovative and creative text explores collective history, memory, and sport culture, tracking the passage of sports away from England. The author investigates why ‘elite’ English sports – such as rugby and cricket – became national sports in New Zealand and Australia, and asks why ‘working class’ English sports – such as football – have travelled less well to these areas. Focusing on these sports, the author tracks narratives and myths, tracing the passage of colonial truths, behaviours and practices.Clearly defined sections in the book focus on:* sport and tourism* sport and history* sport and memory.Using a refreshingly broad range of sources to analyze differences between popular culture and sporting memory, this book offers new perspectives on sport and makes an interesting reference for masters and postgraduate readers in sport and cultural studies. 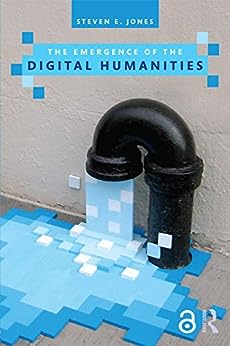 The Emergence of the Digital Humanities

The past decade has seen a profound shift in our collective understanding of the digital network. What was once understood to be a transcendent virtual reality is now experienced as a ubiquitous grid of data that we move through and interact with every day, raising new questions about the social, locative, embodied, and object-oriented nature of our experience in the networked world. In The Emergence of the Digital Humanities, Steven E. Jones examines this shift in our relationship to digital technology and the ways that it has affected humanities scholarship and the academy more broadly. Based on the premise that the network is now everywhere rather than merely "out there," Jones links together seemingly disparate cultural events—the essential features of popular social media, the rise of motion-control gaming and mobile platforms, the controversy over the "gamification" of everyday life, the spatial turn, fabrication and 3D printing, and electronic publishing—and argues that cultural responses to changes in technology provide an essential context for understanding the emergence of the digital humanities as a new field of study in this millennium.The Open Access version of this book, available at https://doi.org/10.4324/9780203093085, has been made available under a Creative Commons Attribution-Non Commercial-No Derivatives 4.0 license. 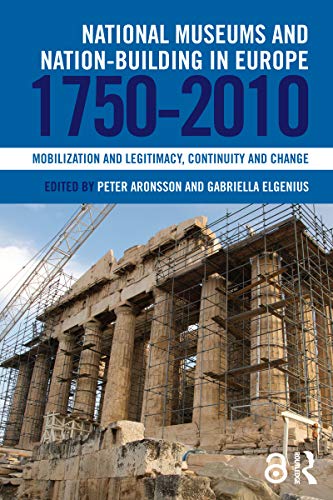 National Museums and Nation-building in Europe 1750-2010: Mobilization and legitimacy, continuity and change

Europe’s national museums have since their creation been at the centre of on-going nation making processes. National museums negotiate conflicts and contradictions and entrain the community sufficiently to obtain the support of scientists and art connoisseurs, citizens and taxpayers, policy makers, domestic and foreign visitors alike. National Museums and Nation-building in Europe 1750-2010 assess the national museum as a manifestation of cultural and political desires, rather than that a straightforward representation of the historical facts of a nation. National Museums and Nation-building in Europe 1750-2010 examines the degree to which national museums have created models and representations of nations, their past, present and future, and proceeds to assess the consequences of such attempts. Revealing how different types of nations and states – former empires, monarchies, republics, pre-modern, modern or post-imperial entities – deploy and prioritise different types of museums (based on art, archaeology, culture and ethnography) in their making, this book constitutes the first comprehensive and comparative perspective on national museums in Europe and their intricate relationship to the making of nations and states. 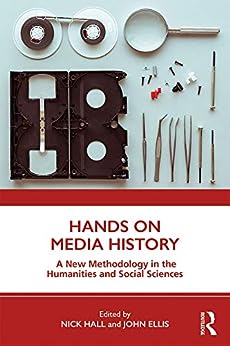 Hands on Media History: A new methodology in the humanities and social sciences

Hands on Media History explores the whole range of hands on media history techniques for the first time, offering both practical guides and general perspectives. It covers both analogue and digital media; film, television, video, gaming, photography and recorded sound.Understanding media means understanding the technologies involved. The hands on history approach can open our minds to new perceptions of how media technologies work and how we work with them. Essays in this collection explore the difficult questions of reconstruction and historical memory, and the issues of equipment degradation and loss. Hands on Media History is concerned with both the professional and the amateur, the producers and the users, providing a new perspective on one of the modern era’s most urgent questions: what is the relationship between people and the technologies they use every day?Engaging and enlightening, this collection is a key reference for students and scholars of media studies, digital humanities, and for those interested in models of museum and research practice. 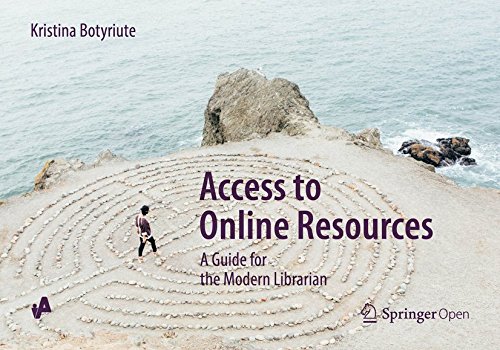 Access to Online Resources: A Guide for the Modern Librarian

This book is published open access under a CC BY 4.0 licence.The book offers a concise guide for librarians, helping them understand the challenges, processes and technologies involved in managing access to online resources. After an introduction the book presents cases of general authentication and authorisation. It helps readers understand web based authentication and provides the fundamentals of IP address recognition in an easy to understand manner. A special chapter is dedicated to Security Assertion Markup Language (SAML), followed by an overview of the key concepts of OpenID Connect. The book concludes with basic troubleshooting guidelines and recommendations for further assistance. Librarians will benefit from this quick and easy read, which demystifies the technologies used, features real-life scenarios, and explains how to competently employ authentication and access management. 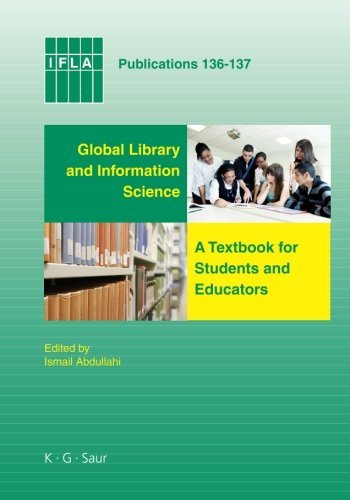 This book presents international librarianship and library science through insightful and well written chapters contributed by experts and scholars from six regions of the world. The role of public, academic, special, school libraries, as well as library and information science education are presented from the early development to the present time. Its lively, readable approach will help the reader to understand librarianship in Africa, Asia, Australia and New Zealand, Europe, Latin America and the Caribbean, the Middle East, and North America.Edited by Ismail Abdullahi, Professor of Global Library and Information Science, this book is a must-read by library science students and teachers, librarians, and anyone interested in Global Librarianship. 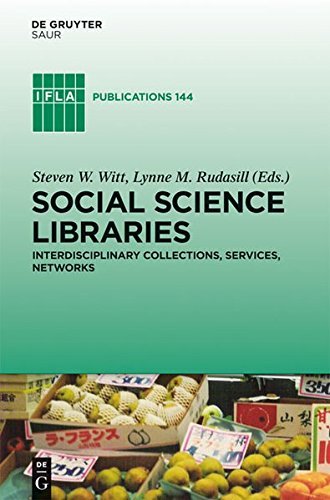 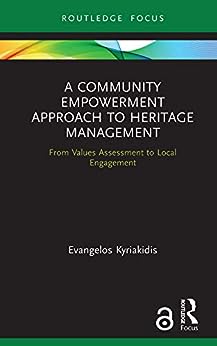 A Community Empowerment Approach to Heritage Management: From Values Assessment to Local Engagement

This book presents an innovative approach to public archaeology in a rural community, which has had powerful results in terms of empowering a village community in Crete to become long-term guardians of their cultural heritage. Highlighting the theoretical and local contexts of the Philioremos Peak Sanctuary Public Archeology Project, this book explores the methodology and the project outcomes, and assesses best practice in the field of public archaeology within a rural community. As well as expanding the research on Minoan peak sanctuaries, the volume contributes to a greater understanding of how rural communities can be successfully engaged in the management of heritage, and is relevant to archaeologists and other heritage professionals wishing to understand the latest developments in public archaeology. 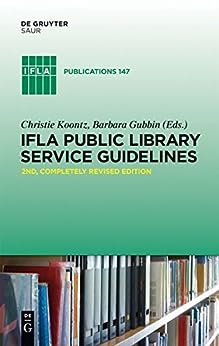 The public library is the prime community access point designed to respond to a multitude of ever-changing information needs. These guidelines are framed to provide assistance to library and information professionals in most situations. They assist to better develop effective services, relevant collections, and accessible formats within the context and requirements of the local community. In this exciting and complex information world it is important for professionals in search of knowledge, information and creative experience to succeed. This is the 2nd edition of The Public Library Service IFLA/UNESCO Guidelines for Development. 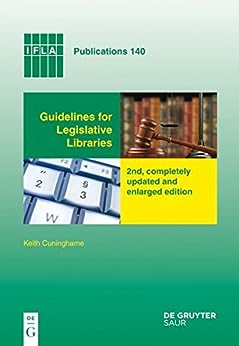 The scale of change in the provision of information and research services since the original edition of this guide (published 1993), in particular the development of the Internet, meant that it soon became clear that a more or less complete re-write was needed, rather than simply a revision of the existing text. However, the new edition has kept to the spirit of the original, which has been a valuable tool for many. 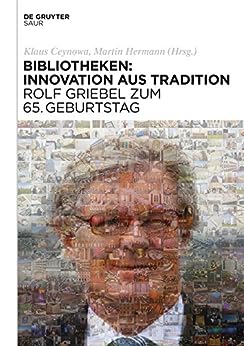 This commemorative volume honors the 65th birthday of Dr. Rolf Griebel, celebrating his service as General Director of the Bavarian State Library. The authors include major contributors to German and international library science from the realms of culture, academia, and politics. The essays explore the strategic challenges that face innovate library management practice, focusing on the future role of libraries in a digital world.