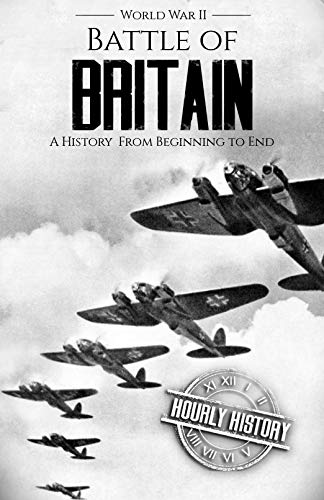 Discover the remarkable history of the Battle of Britain...Free BONUS Inside!The British people had no sooner finished rescuing their trapped army from Dunkirk than they found themselves preparing for an attack from the Germans once again. This time, the Nazi menace struck from the air, as Hitler’s Luftwaffe bombed the British in an attempt to break their spirit and force Great Britain to accept peace terms. But as the skies above London filled with the German planes, the Royal Air Force pilots, alerted by radar, flew to intercept them. The Luftwaffe had started the Battle of Britain confident that the RAF was no match for German aircraft and skill, but the pilots of the RAF, the people of England, and the bulldog tenacity of Prime Minister Winston Churchill did not intend to give way. The heroism of the RAF and the fortitude of the British people turned Germany’s certain victory into defeat, forcing Hitler to abandon his plans to invade England. “We shall never surrender,” Churchill vowed, and his words rallied a nation, delivering a blow to the Nazi war machine that would, in the end, prove to be a turning point in World War II.Discover a plethora of topics such as Battle for the Skies The Home Front The London Blitz Churchill at War The End of the Battle of Britain And much more!So if you want a concise and informative book on the Battle of Britain, simply scroll up and click the "Buy now" button for instant access! 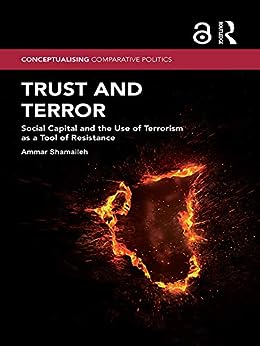 Trust and Terror: Social Capital and the Use of Terrorism as a Tool of Resistance (Conceptualising Comparative Politics)

Why do some individuals choose to protest political grievances via non-violent means, while others take up arms? What role does whom we trust play in how we collectively act? This book explores these questions by delving into the relationship between interpersonal trust and the nature of the political movements that individuals choose to join. Utilizing the examples of the Arab Spring uprisings in Egypt, Libya and Syria, a novel theoretical model that links the literature on social capital and interpersonal trust to violent collective action is developed and extended. Beyond simply bringing together two lines of literature, this theoretical model can serve as a prism from which the decision to join terrorist organizations or violent movements may be analyzed. The implications of the theory are then examined more closely through an in-depth look at the behavior of members of political movements at the outset of the Arab Spring, as well as statistical tests of the relationship between interpersonal trust and terrorism in the Middle East and globally.Trust and Terror will be of interest to scholars of Comparative Politics and International Relations.The Open Access version of this book, available at https://doi.org/10.4324/9781315505817, has been made available under a Creative Commons Attribution-Non Commercial-No Derivatives 4.0 license. 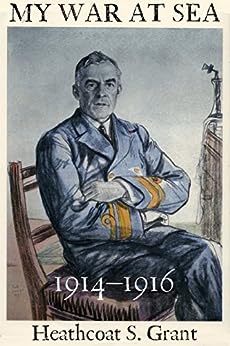 This book is based on the wartime recollections of Heathcoat S. Grant, the captain of the HMS Canopus between 1914–1916. It is published in conjunction with the War Letters 1914–1918 series and is based on a series of articles Grant wrote for the Naval Review in the 1920s.It is published primarily to be of interest to those seeking more details about particular aspects of the war at sea. Grant never intended it to be a great work of naval literature, but a work of historic record.For the first two years of the war HMS Canopus had as eventful a time as any ship in the Royal Navy, being involved at Coronel, the Battle of the Falklands and the attempt to force the Dardanelles.As captain of the ship, Grant’s account, based on his service reports and diary, is a valuable source for those wanting to know more about such key naval events of the First World War. The report of his conversations with Rear-Admiral Sir Christopher Cradock sheds a valuable light on events at Coronel, while his description of the measures taken on land to defend the Falkland Islands details an important aspect of the battle often overlooked in accounts which focus primarily on the battle at sea.The Canopus also played a critical role at the Dardanelles, getting further up the Straits than any other Allied ship, and Grant’s sceptical perspective from inside the higher echelons of the Royal Navy adds further grist, if more were needed, to critics of the campaign. Later his account of the role of the navy in the Smyrna patrol and the subsequent operations against the Turkish coast following the evacuation of the Gallipoli peninsula provide a fascinating view into this frequently forgotten aspect of the conflict.With the kind permission of the Naval Review, I have brought together all of Grant’s articles and reproduced them in a single volume to make them more easily accessible. I have also added the account given by Commander Philip J. Stopford of the Canopus which also appeared in the Naval Review. Stopford’s account is much shorter and considerably less interesting than Grant’s, but it does offer some additional insights. 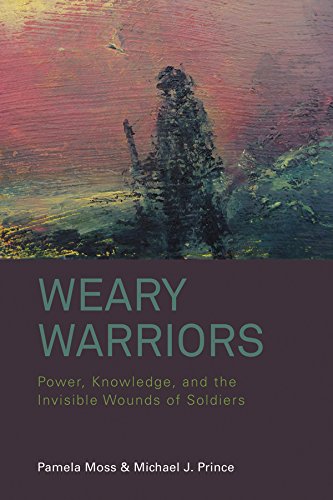 Weary Warriors: Power, Knowledge, and the Invisible Wounds of Soldiers

As seen in military documents, medical journals, novels, films, television shows, and memoirs, soldiers’ invisible wounds are not innate cracks in individual psyches that break under the stress of war. Instead, the generation of weary warriors is caught up in wider social and political networks and institutions—families, activist groups, government bureaucracies, welfare state programs—mediated through a military hierarchy, psychiatry rooted in mind-body sciences, and various cultural constructs of masculinity. This book offers a history of military psychiatry from the American Civil War to the latest Afghanistan conflict. The authors trace the effects of power and knowledge in relation to the emotional and psychological trauma that shapes soldiers’ bodies, minds, and souls, developing an extensive account of the emergence, diagnosis, and treatment of soldiers’ invisible wounds. 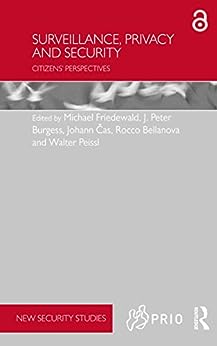 This volume examines the relationship between privacy, surveillance and security, and the alleged privacy–security trade-off, focusing on the citizen’s perspective.Recent revelations of mass surveillance programmes clearly demonstrate the ever-increasing capabilities of surveillance technologies. The lack of serious reactions to these activities shows that the political will to implement them appears to be an unbroken trend. The resulting move into a surveillance society is, however, contested for many reasons. Are the resulting infringements of privacy and other human rights compatible with democratic societies? Is security necessarily depending on surveillance? Are there alternative ways to frame security? Is it possible to gain in security by giving up civil liberties, or is it even necessary to do so, and do citizens adopt this trade-off? This volume contributes to a better and deeper understanding of the relation between privacy, surveillance and security, comprising in-depth investigations and studies of the common narrative that more security can only come at the expense of sacrifice of privacy. The book combines theoretical research with a wide range of empirical studies focusing on the citizen’s perspective. It presents empirical research exploring factors and criteria relevant for the assessment of surveillance technologies. The book also deals with the governance of surveillance technologies. New approaches and instruments for the regulation of security technologies and measures are presented, and recommendations for security policies in line with ethics and fundamental rights are discussed.This book will be of much interest to students of surveillance studies, critical security studies, intelligence studies, EU politics and IR in general.A PDF version of this book is available for free in open access via www.tandfebooks.com. It has been made available under a Creative Commons Attribution-Non Commercial 3.0 license.