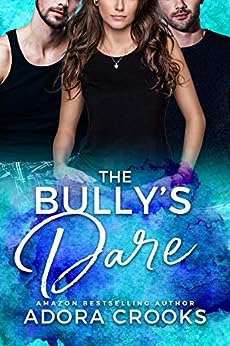 Jason King is the worst.Cocky. Frat boy. And the biggest bully around.His family is richer than God and he thinks that makes him the king of Hannsett Island.But he's not the only player on the board...We've got our Knight-in-shining-leather, Donovan. My best friend and a loner with a heart of gold. And then there's me...the Queen, obviously. Checkmate. Except the chemistry between the three of us changes the rules in a BIG way.Your move, Jason...Truth or dare?Author's note: This is a steamy bisexual romance will the following ingredients: (1) virgin curvy heroine, (1) queer brooding punk, (1) rich bully with a big...heart. And a healthy heaping of sexual tension between all three of them. This is part one of a two-part duet and ends with a cliffhanger. 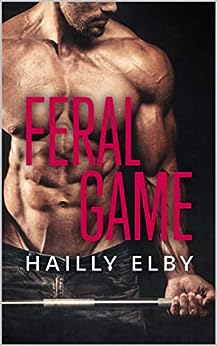 Dyvut Johnson scored his first goal at the age of six. Since then, he's been practicing, summarizing to be the greatest college player of all time. The game is simple. He keeps getting better and eventually gets on a pro team. Outside of that, he has no other aspirations, at least, until he meets the lonely human playing on one of his biggest enemy teams, Anton.Sam is different from those around him. As one of the only human Joxu players in the college league, he does his best to fly under the radar. He works towards his degree, trying to provide for himself. Though he may look the part, he's far from perfect on the inside. A piece of him has been torn apart from an abusive ex. Now he lives his life from hook up to hook up in an attempt at self-preservation. This all changes one fateful day. 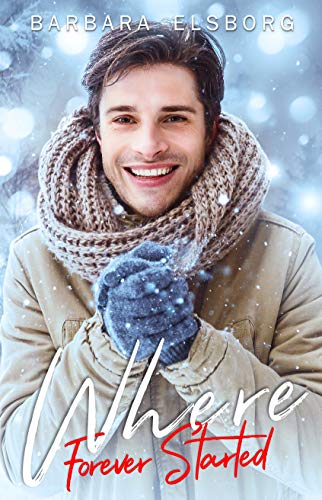 What would you do if you saw someone getting beaten up?Have-a-go hero Barney really should have used his patented superpower—his Very Loud Scream—and not chanced his wobbly, faux bravado. Now he’s dodging a posse of angry yobs, his head reeling from more than the missile that just hit him. Just who is this stranger sprinting at his side? By the time it’s safe for him and Raf to emerge from their refuge, there’s a definite connection between them. And yet there’s something about Raf’s story that doesn’t quite add up. Will Barney's I-dared-to-believe dreams go up in smoke or is this New Year’s Eve the one Where Forever Started? 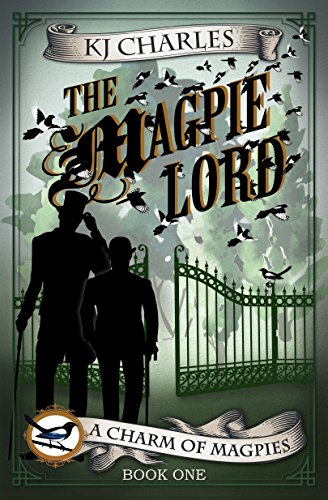 The Magpie Lord (A Charm of Magpies Book 1)

A lord in danger. A magician in turmoil. A snowball in hell.Exiled to China for twenty years, Lucien Vaudrey never planned to return to England. But with the mysterious deaths of his father and brother, it seems the new Lord Crane has inherited an earldom. He’s also inherited his family’s enemies. He needs magical assistance, fast. He doesn't expect it to turn up angry.Magician Stephen Day has good reason to hate Crane’s family. Unfortunately, it’s his job to deal with supernatural threats. Besides, the earl is unlike any aristocrat he’s ever met, with the tattoos, the attitude... and the way Crane seems determined to get him into bed. That’s definitely unusual.Soon Stephen is falling hard for the worst possible man, at the worst possible time. But Crane’s dangerous appeal isn't the only thing rendering Stephen powerless. Evil pervades the house, a web of plots is closing round Crane, and if Stephen can’t find a way through it—they’re both going to die. 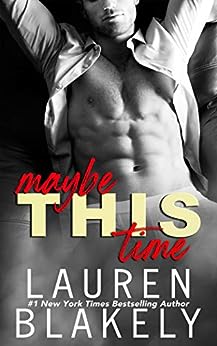 Maybe This Time: A One Time Only novella

From #1 NYT Bestseller Lauren Blakely comes a sexy, forbidden MM romance novella about a rock star and a bodyguard!There's one thing I need in my life right now and one thing only -- a new job.So I'm stoked when I land a dream gig as a bodyguard for a rock star.But there's definitely one thing I do not need at all -- a complication.Like being wildly attracted to the guy who just hired me.So I vow to do everything I can to deny the intense attraction for the man I'm sworn to protect. All I have to do is ignore it. Eventually it'll go away, right?But that's not what happens one night after a concert... MAYBE THIS TIME is a 14,000-word prequel novella about how Stone and Jackson meet and it leads into their full-length novel ONE TIME ONLY. You don't have to read MAYBE THIS TIME to enjoy ONE TIME ONLY, but you'll likely enjoy this story before the story! 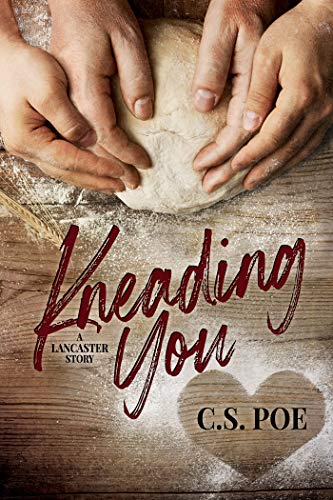 Kneading You (A Lancaster Story Book 1)

Christopher Hughes is new to the small New England town of Lancaster, New Hampshire. He’s been hired to save an old library from closing, but his obstacles include not only fighting for state funding, but a Selectman who wants to tear the building down in favor of a shopping center. Christopher is introduced to Miles Sakasai, a charming tattooed repairman on site to restore the historical interior of the building. Working in close proximity has both men falling hard for each other. It also provides Christopher with an opportunity to learn about Miles’s passion for baking. And as it turns out, Miles’s skills in the kitchen may end up being the key to saving the library—but only if his bread can rise to the occasion. 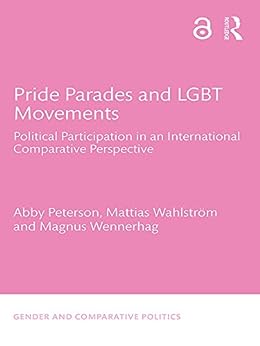 The Open Access version of this book, available at http://www.tandfebooks.com/doi/view/10.4324/9781315474052, has been made available under a Creative Commons Attribution-Non Commercial-No Derivatives 4.0 licenseToday, Pride parades are staged in countries and localities across the globe, providing the most visible manifestations of lesbian, gay, bisexual, trans, queer and intersex movements and politics.Pride Parades and LGBT Movements contributes to a better understanding of LGBT protest dynamics through a comparative study of eleven Pride parades in seven European countries – Czech Republic, Italy, Netherlands, Poland, Sweden, Switzerland, the UK – and Mexico. Peterson, Wahlström and Wennerhag uncover the dynamics producing similarities and differences between Pride parades, using unique data from surveys of Pride participants and qualitative interviews with parade organizers and key LGBT activists. In addition to outlining the histories of Pride in the respective countries, the authors explore how the different political and cultural contexts influence: Who participates, in terms of socio-demographic characteristics and political orientations; what Pride parades mean for their participants; how participants were mobilized; how Pride organizers relate to allies and what strategies they employ for their performances of Pride.This book will be of interest to political scientists and sociologists with an interest in LGBT studies, social movements, comparative politics and political behavior and participation. 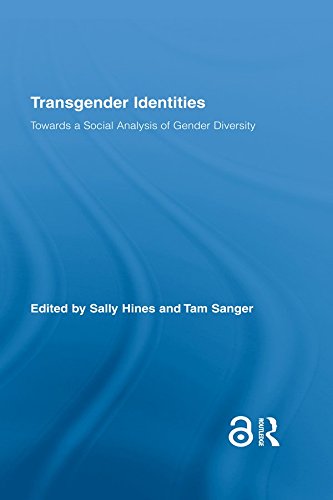 Transgender Identities: Towards a Social Analysis of Gender Diversity (Routledge Research in Gender and Society Book 24)

In recent years transgender has emerged as a subject of increasing social and cultural interest. This volume offers vivid accounts of the diversity of living transgender in today's world. The first section, "Emerging Identities," maps the ways in which social, cultural, legal and medical developments shape new identities on both an individual and collective level. Rather than simply reflecting social change, these shifts work to actively construct contemporary identities. The second section, "Trans Governance," examines how law and social policy have responded to contemporary gender shifts. The third section, "Transforming Identity," explores gender and sexual identity practices within cultural and subcultural spaces. The final section, "Transforming Theory?", offers a theoretical reflection on the increasing visibility of trans people in today’s society and traces the challenges and the contributions transgender theory has brought to gender theory, queer theory and sociological approaches to identity and citizenship. Featuring contributions from throughout the world, this volume represents the cutting-edge scholarship in transgender studies and will be of interest to scholars and students interested in gender, sexuality, and sociology. 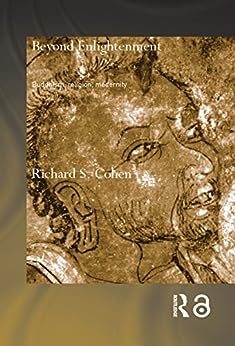 The vast majority of books on Buddhism describe the Buddha using the word enlightened, rather than awakened. This bias has resulted in Buddhism becoming generally perceived as the eponymous religion of enlightenment. Beyond Enlightenment is a sophisticated study of some of the underlying assumptions involved in the study of Buddhism (especially, but not exclusively, in the West). It investigates the tendency of most scholars to ground their study of Buddhism in these particular assumptions about the Buddha’s enlightenment and a particular understanding of religion, which is traced back through Western orientalists to the Enlightenment and the Protestant Reformation.Placing a distinct emphasis on Indian Buddhism, Richard Cohen adeptly creates a work that will appeal to those with an interest in Buddhism and India and also scholars of religion and history. 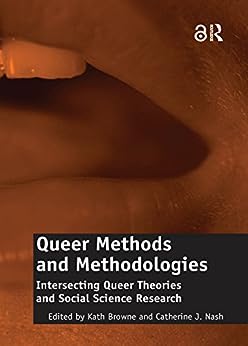 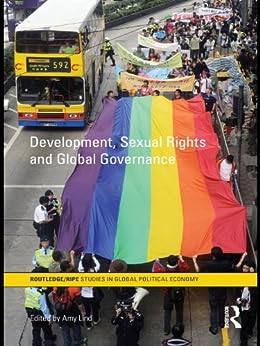 This book addresses how sexual practices and identities are imagined and regulated through development discourses and within institutions of global governance.The underlying premise of this volume is that the global development industry plays a central role in constructing people’s sexual lives, access to citizenship, and struggles for livelihood. Despite the industry’s persistent insistence on viewing sexuality as basically outside the realm of economic modernization and anti-poverty programs, this volume brings to the fore heterosexual bias within macroeconomic and human rights development frameworks. The work fills an important gap in understanding how people’s intimate lives are governed through heteronormative policies which typically assume that the family is based on blood or property ties rather than on alternative forms of kinship. By placing heteronormativity at the center of analysis, this anthology thus provides a much-needed discussion about the development industry’s role in pathologizing sexual deviance yet also, more recently, in helping make visible a sexual rights agenda. Providing insights valuable to a range of disciplines, this book will be of particular interest to students and scholars of Development Studies, Gender Studies, and International Relations. It will also be highly relevant to development practitioners and international human rights advocates. 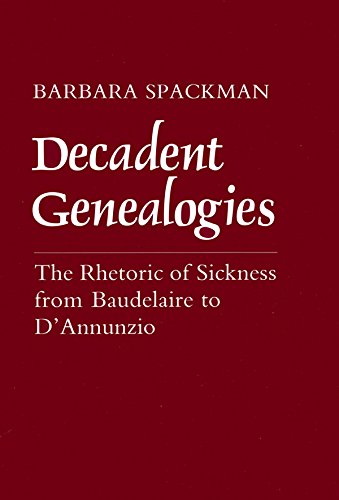 Decadent Genealogies: The Rhetoric of Sickness from Baudelaire to D'Annunzio

Barbara Spackman here examines the ways in which decadent writers adopted the language of physiological illness and alteration as a figure for psychic otherness. By means of an ideological and rhetorical analysis of scientific as well as literary texts, she shows how the rhetoric of sickness provided the male decadent writer with an alibi for the occupation and appropriation of the female body. 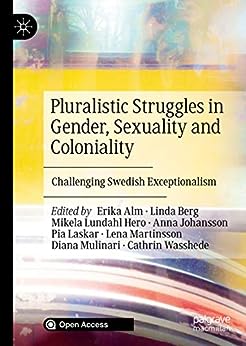 This open access book seeks to understand how politics is being made in a pluralistic sense, and explores how these political struggles are challenging and transforming gender, sexuality, and colonial norms. As researchers located in Sweden, a nation often cited as one of the most gender-equal and LGBTQ-tolerant nations, the contributions investigate political processes, decolonial struggles, and events beyond, nearby, and in between organizations, states, and national territories. The collection represents a variety of disciplines, and different theoretical conceptualizations of politics, feminist theory, and postcolonial and queer studies. Students and researchers with an interest of queer studies, gender studies, critical whiteness studies, and civil society studies will find this book an invaluable resource.