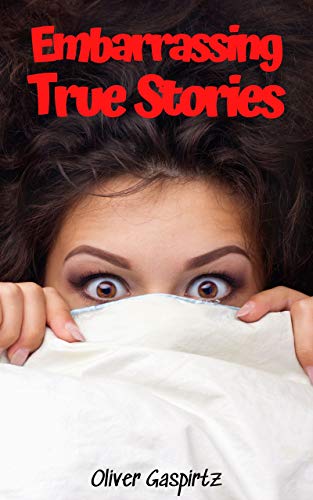 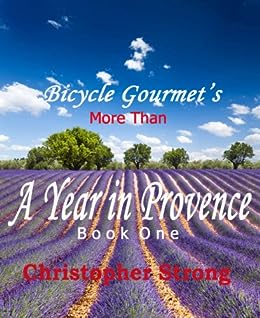 Praise for More Than A Year In Provence “I wish you tremendous success” Guy Kawasaki Author of APE, Enchantment, What The Plus.“Christopher's truly unique adventures cycling the backroads of France are a must read for anyone who's ever dreamed of a French country life. I just hope his sequel will reveal where his paradise village is!” Robert Reid Reid on Travel, Lonley Planet, New York Times“If it's true that travel broadens, this book will give you a 360° view of authentic French Country Life.” Jeff Steiner Americans in France,Live in FranceFRANCE TRAVELPeter Mayle started it all with "A Year in Provence." Inspiring Rick Steves, the Lonely Planet crew and all the France Travel Guidebook creators that were to follow.One guy who was not influenced by these fine folks, was the Author of this book. Simply because, at that time, he didn't know they existed!But not to worry. San Francisco Film Maker Christopher Strong had his own "Tour de France" dream. To spontaneously cycle the French Country backroads. With no fixed itinerary. Tasting the land and the people as well as the food and wine.FRANCE FOR DUMMIES And so finally, after a week of irregular and informal French Lessons from a Dutch friend, with no regard for the niceties of French Grammar, Christopher's French Vocabulary was limited to five words: "hello", "goodbye", "please", "thank you", and the essential "where's the toilet?"FRENCH KISSIn spite of, or perhaps because of his lack of French Language smarts, with no butt saving French Phrasebook, Christopher's first "Tour de France" was a resounding personal success. Even on the French Riviera!FRANCE TRAVEL GUIDE - MORE THAN A YEAR IN PROVENCEInspired by the overwhelming hospitality lavished upon him, Christopher decided to return and film his next adventure. He did. And he continued, year after year. Until finally he had an up close and personal lifestyle/adventure series - "Bicycle Gourmet's Treasures of France." An authentic view of France Today.FRENCH HISTORY After seeing the first results of Christopher's "Tour de France" filming, his friends, not suprisingly, suggested he write a book. Not a book on French Cooking or (shudder) French Diet mind you, but a "behind the scenes" account of his filming adventures. And his many encounters with French Wine.More Than A Year In Provence...is that book. 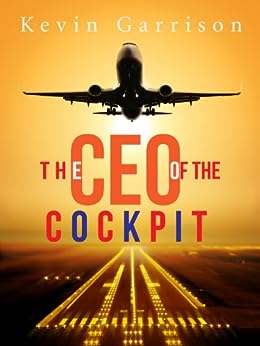 The CEO of the Cockpit

An old, fictional airline captain pontificates about the issues of the early days after 911. Have things changed much since then in the flying word? Nope. Join the CEO of the Cockpit as he entertains and makes flying a long leg with him entertaining and witty. 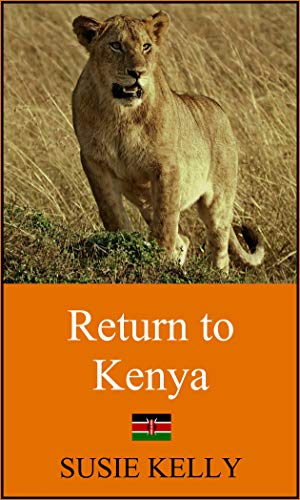 A mini safari, an uneatable cucumber, a tear gassing......plus an unvitation and the sheer joy of travelling. All the more delicious for being a surprise invitation to Susie's favourite country in the world: her beloved Kenya.International book tours are an unheard-of dream for most authors. But after the ecstatic reception of her safari memoir Safari Ants, Baggy Pants & Elephants, Susie is over the moon to find herself returning to her beloved Kenya to launch the African edition in Africa's largest chain of bookshops, Text Book Centre, Nairobi.Although her surprise trip is a huge success, this is Susie Kelly, and her magical week in Kenya isn't without mishap, even if she does remember her bras this time. 'It does something to you, this infinite space, so tranquil on the surface, yet so teeming with life. You feel at once insignificant and amazing, just for being here. I wanted to hold out my arms and gather it all in, hold it pressed to my heart, never let it go. I wanted to lay it softly between sheets of tissue and put it in a drawer to be brought out and stroked every day. I wanted to bottle it in a crystal jar and place it on a sunny windowsill to be forever in my sight. This magnificent, beautiful country, birthplace of mankind, owner of my heart...'Praise for Susie Kelly's Safari Ants, Baggy Pants & Elephants'I’ve just been on a wonderful safari trip to Kenya! At least that’s how it felt.' Mrs Bloggs Books'One of the best travel books I have read to date. I thoroughly enjoyed reading every drop of it.' – Vine Voice Reviewer'There are a handful of authors who achieve that elusive trick of making you laugh out loud. For me it’s James Herriot, Bill Bryson and Susie Kelly.' – French Entrée Magazine'Susie is a great ambassador for Kenya. The best safari experience you are likely to get, without going on safari!' French Village Diaries'No bras and makeup! I adore reading Susie's books, so full of humour and everyday hiccups!' Goodreads 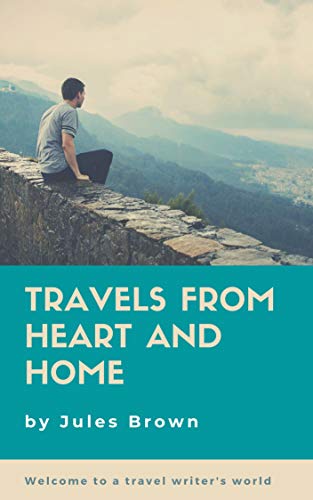 Travels From Heart and Home: Welcome to a travel writer's world

Veteran travel writer Jules Brown – author of numerous Rough Guides – welcomes you to his world in this snapshot sample of a travel writer's life. From Africa to Australia, via Canada, Italy, Iceland and more, Jules embarks on a search for heart and home that's at once adventurous, hilarious and heartwarming. In nine beautifully written tales he sets off on his first ever Rough Guides trip to Scandinavia, goes husky-sledding in Canada and seeks out his namesake Julius Caesar in Rome. On the way he follows in the footsteps of his one-of-a-kind father – oh, and he also eats a puffin and crash-lands in Iran. Join the journey and enjoy the trip of a travel writer's lifetime. 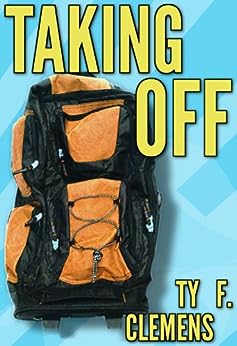 A few years after graduating college, Ty was fed up with "working" and "acting responsibly like every other adult is expected to," and chose instead to quit his job and backpack across Europe and Asia. Taking Off is the mostly true memoir of his trip.Yes, this may come as a shock, but a twenty-something wrote about his experiences travelling. Kind of like when Ashley from HR sent you the link to her vacation blog. The differences being that this book is longer, has less pictures of Ashley in a bikini, and gives you no real obligation to read it since you'll never bump into Ty in the break room where he'll ask you how you liked it. But regardless of obligation, you can still appreciate this book, as it consists of several humorous, interesting, and worthwhile anecdotes that are way more interesting than anything that self-absorbed narcissist Ashley could ever write.This book is completely, 100% free. So if you're interested, give it a read. If you like it, tell a friend about how good it was. If you don't like it, lie to an enemy about how good it was. Either way, make sure to flaunt the book's completion to someone. You're literate for God's sake, and the contemptible people with whom you surround yourself need to be made aware of your superiority. 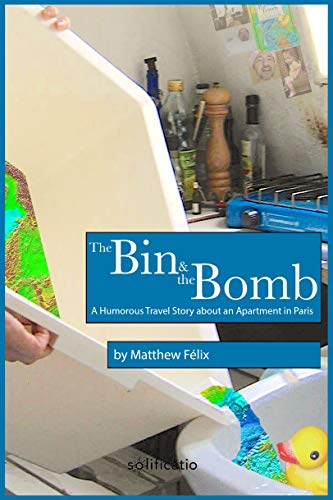 The Bin and the Bomb: A Humorous Travel Story about an Apartment in Paris

Excerpted from a story included in the new collection, Porcelain Travels. Matthew's minuscule seventh-floor apartment has a top-to-bottom view of the Eiffel Tower. But it's what the little studio lacks that sets it apart. Bathing. Using the toilet. Avoiding hypothermia. Matthew quickly finds that daily living poses highly unusual challenges—not the least of which being the constant threat of an explosion. A living situation that tested Matthew's resolve and made him question his sanity, it's also one he'll never forget. 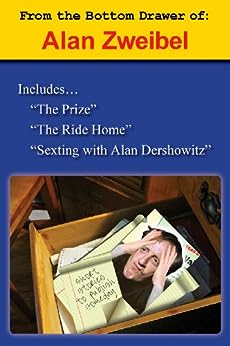 From the Bottom Drawer of: Alan Zweibel: The Prize, The Ride Home, Sexting with Alan Dershowitz

Alan Zweibel dusts off some hilarious material written years ago that stand the test of time. An original Saturday Night Live writer, award winning author and playwright, Zweibel releases three never before published short stories: “The Prize”, “The Ride Home”, and “Sexting with Alan Dershowitz” pulled from Alan’s Bottom Drawer delivered directly to your eReader. You’ll be laughing within seconds...Okay, minutes...Okay, the next day. But that's still good, right?“One of the best comedy writers around, Alan Zweibel is my bounce guy. We’ve been friends for so long we have our own comedic shorthand. We totally get each other’s sense of humor.”– Larry David“He’s wonderfully funny and very smart and he’s a big guy, but very sensitive.” – Billy Crystal“Alan Zweibel is the funniest writer in the world.” – Dave Barry“Read Alan Zweibel and you’ll be reminded of the likes of Robert Benchley and S.J. Perelman. You can’t help but be moved by his warmth and insight even as you laugh your ass off.” – David SteinbergABOUT THE AUTHORAn original Saturday Night Live writer who the New York Times said has “earned a place in the pantheon of American pop culture,” Alan Zweibel has won multiple Emmy, Writers Guild, and TV Critics awards for his work in television which also includes "It’s Garry Shandling’s Show", "Monk", PBS’s "Great Performances", and "Curb Your Enthusiasm".A frequent guest on talk shows such as "The Late Show with David Letterman", Alan’s many theatrical contributions include the Tony Award winning play "700 Sundays" which he collaborated on with Billy Crystal, Martin Short’s Broadway hit "Fame Becomes Me", and the off-Broadway play "Bunny Bunny – Gilda Radner: A Sort of Romantic Comedy" which he adapted from his best-selling book. Alan has written the 2006 Thurber Prize winning novel "The Other Shulman", the popular children’s book "Our Tree Named Steve", and a collection of short stories and essays titled "Clothing Optional". His humor has also appeared in such diverse publications as Esquire, The Atlantic Monthly, The New York Times Op-Ed page, The Huffington Post, and MAD Magazine. The co-writer of the screenplays for the films "Dragnet", "North", and "The Story of Us", Alan recently received an honorary PhD. from the State University of New York and in 2010 the Writers Guild, East gave him a Lifetime Achievement Award.Alan is currently working with Billy Crystal on the feature film version of "700 Sundays" to be directed by Barry Levinson, executive producing a documentary mini-series for Showtime with Steve Carell and David Steinberg and writing a novel titled "Lunatics" with Dave Barry which Putnam is publishing in January. And on the TV screen he will be appearing as a new character in the upcoming season of "Curb Your Enthusiasm" and in a short film for "Funny or Die".But the production that Alan is most proud of is the family he’s co-produced with his wife Robin, their children Lindsay, Sari, and Adam, Adam’s wife Cori, and grandchildren Zachary and Alexis. 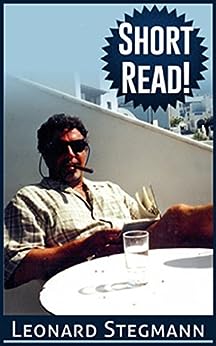 Damn right Leonard wanted his eighteen cents. Even if he had nowhere to put it. (Humor/460 Words)

Leonard's mom had left all those dishes to his wife. And there wasn't a damn thing Leonard could do about it. (Humor/700 Words)