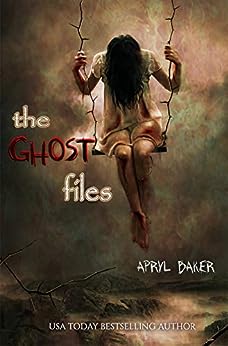 Cherry blossom lipstick: check Smokey eyes: check Skinny jeans: checkDead kid in the mirror: check For sixteen year old Mattie Hathaway, this is her normal everyday routine. She’s been able to see ghosts since her mother tried to murder her when she was five years old. No way does she want anyone to know she can talk to spooks. Being a foster kid is hard enough without being labeled a freak too. Normally, she just ignores the ghosts and they go away. That is until she see’s the ghost of her foster sister… Sally. Everyone thinks Sally’s just another runaway, but Mattie knows the truth—she’s dead. Murdered. Mattie feels like she has to help Sally, but she can’t do it alone. Against her better judgment, she teams up with a young policeman, Officer Dan, and together they set out to discover the real truth behind Sally’s disappearance. Only to find out she’s dealing with a much bigger problem, a serial killer, and she may be the next victim… Will Mattie be able to find out the truth before the killer finds her? 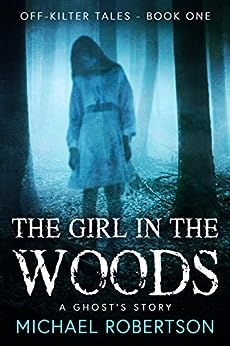 The Girl in the Woods: A Ghost's Story (Off-Kilter Tales Book 1)

Would you stop if you saw a little girl wandering through the woods at night?Andy did.He's now dead.This is Andy's story.The Girl in the Woods - A Ghost’s Story is the first in a collection of Off-Kilter Tales. It’s a short story about a man in the wrong place at the wrong time. Or the right place at the right time. You decide.What the reviewers are saying:5 stars - “I read it straight through and couldn’t put it down.” - Amazon customer.5 stars - “It keeps you reading until you go … wow!” - Amazon customer.5 stars - “A brilliant story that takes all of your senses through a horrific experience.” - Amazon customer. 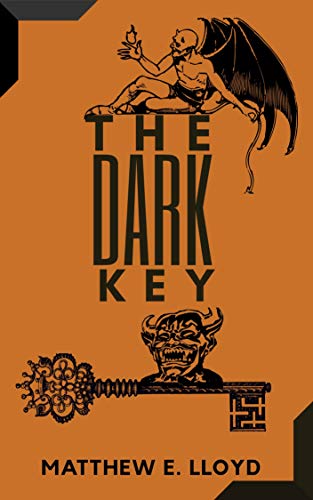 The Dark Key: A Novel

A librarian witnesses a supernatural event close by his hometown. The result of which sends him looking for answers to the vision. The answers, however, come looking for him in the form of ghosts of renegade monks who strayed from their faith, and the thugs of a demon-worshipping order. He finds out through Jonas, a spectre of one of his ancient ancestors, he has to find a key used to close a portal to the Dark Realm. He must destroy it before the dark forces find the key and use it to open the gates. Matthew also finds out, and the story unfolds, about a feud between good and evil which has rumbled through the centuries. The feud takes in some turbulent times in history before at last coming to an explosive end in the grounds of a historic abbey and the neighbouring cliffs. 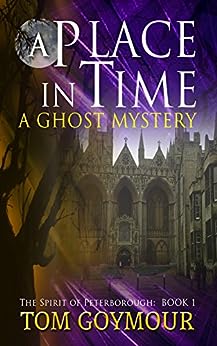 A Place in Time: A Ghost mystery (The Spirit of Peterborough Book 1)

An ancient artefact, and a mystery ghostThe unlikely discovery of an ancient artefact changes the life of Neil Pressland. His wife Judy, and best friend Nasra wonder what it has got to do with any of them - especially as the find took place over a decade ago? A mystery ghost figure appears from many centuries earlier but what Neil must discover is why he is haunted by the present.British ghost stories with a hint of Time travel?The first of a series of stories based in Peterborough UK. Just an ordinary city full of people like you and me, steeped in history and totally unique, but it could be anywhere, really, it could. Every city holds secrets from its past that lie dormant ready to affect the future, but what if there was more than that? What happens when something from another time rises to the surface to confront us? The three of them soon find themselves drawn into something very deep and dark that is shaping their future. Spooky mysteries have their way of piecing the bits togetherCan Nasra work it out and get to Neil in time? Is he really who he seems to be? And as gradually his ghost gifts emerge, we wonder what can he really know about the past? As the plot thickens and pieces of an uncomfortably placed jigsaw start to fall into place, Nasra realises she must act fast to ensure their summer ends in the way it was always meant to be. This is a mystery english to the core, that tells a story like never before.Now open your mind and I pledge you will see,your home city -  quite differently.A fascinating tale of ghostly time travel based on elements of historical fact. Taking place in a contemporary setting in the heart of rural England this is the first book in a series of Peterborough-based mystery short stories. 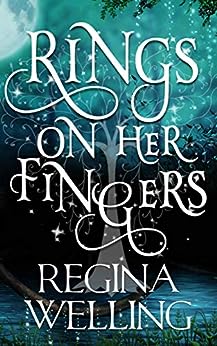 Four best friends, two pesky ghosts, and one spiteful ex Toss in an ancestral home that’s falling apart at the seams and Julie Hayward has hit her limit. A total pragmatist, Julie has no time for anything that sparks of woo woo, until an unplanned meeting with a psychic medium changes everything. The last thing Julie needs is a set of cryptic clues to a lost family fortune and another man underfoot. Enter Tyler Kingsley. Former journalist with a nose for news. What red-blooded man could resist a beautiful woman, or a treasure hunt? When Tyler realizes Julie is in danger, he decides to do whatever it takes to help her. Even if it means losing his heart.Grab your copy of the first book in this enchanting, romantic cozy mystery series because you want to live in a world where four best friends find love, adventure, humor, and suspense. 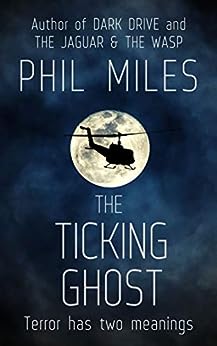 The Ticking Ghost: A horror thriller

Somewhere in London, a device lies hidden. It contains a virus whose means of contagion is unique, astonishing... and devastating. For now, the virus is secure. But soon the device will activate, and its deadly payload will be unleashed.The key to finding it lies on a remote Scottish island, in an empty house at the end of a pier. Drew Turner, a talented but volatile detective, has been tasked with discovering this vital clue. Accompanying him is Megan Mallory, a prickly MI5 operative. They must work out their differences and work together if they are to avert the imminent catastrophe.But the house at the end of the pier is not as empty as it seems... 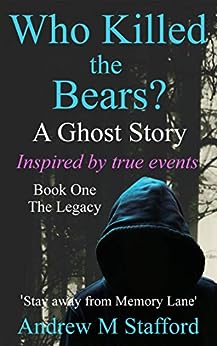 Who Killed the Bears? A Ghost Story - Inspired by True Events.: (Book One) The Legacy

When teacher Lewis Reynard’s VW gets stuck in a blizzard on Memory Lane deep in the Gloucestershire countryside with a van full of teenage pupils, the scene is set for the horror story of the year. Few who know what happened on Memory Lane in 1838 dare to set foot there. But those who do, and are unlucky enough to return, are never the same.Reynard and the children face a night of horror far more terrifying than their worst nightmares.BEWARE...this book makes other ghost stories seem like night-time fables for children. You have been warned! 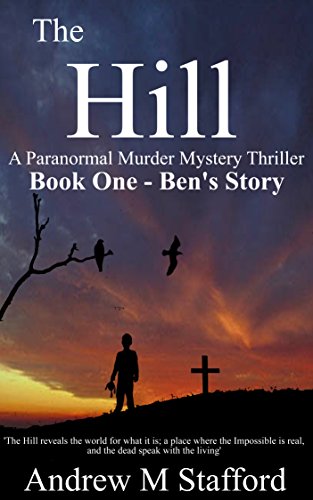 The Hill - Bena??s Story (Book One).: A Paranormal Murder Mystery Thriller. (Book One) 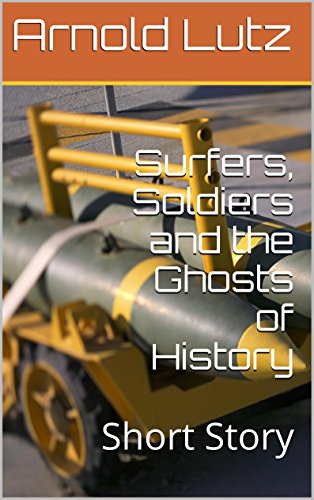 Surfers, Soldiers and the Ghosts of History: Short Story

A 2,639 word short story revolving around surfing in Southern California, and the first war in Iraq about 1990. The ending will not only surprise and shock you, but make you think. 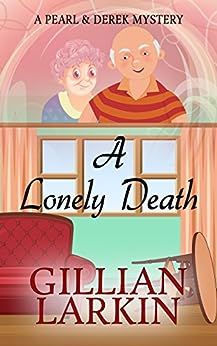 A Lonely Death (A Pearl And Derek Mystery Book 1)

A murder mystery with ghosts.Derek Quill is an elderly gent who can see the ghosts of murdered people. With the help of his ghostly friend, Pearl, he finds out who killed them.In his first investigation, Derek meets the ghost of Eric Malone. Derek knows Eric from his schooldays. Eric bullied Derek mercilessly back then and now he’s asking for Derek’s help. Derek soon discovers that Eric never changed his bullying ways and there is more than one person who could be a suspect. 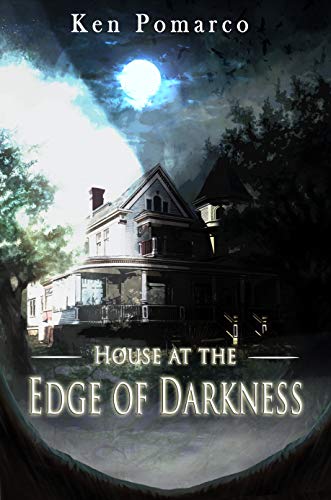 House at the Edge of Darkness

"Something stirred in the window of the treehouse. She had enough but she couldn’t move her body. The world of light, math, and science was asleep with her snoring husband as the waking realities of permanent darkness presented themselves to her. A face as white and round as the full moon rose up in the treehouse window. It was the tortured face of a little boy with black shark’s eyes surrounded by thin black rings. His mouth formed a silent O as if caught in the act of mischief. Then the round face slowly sunk from sight.”House at the Edge of Darkness, the new horror-suspense novel by Ken Pomarco,features a young married couple, Ed and Amy Watts, two white-collar professionals struggling with their inability to have their own children, who leave New York City for the suburbs of Greenlawn, Long Island, only to become traumatized by extranormal events in and around their new home. Their pragmatic worldviews and sanity are attacked on a daily basis by increasingly horrific encounters with disembodied spirits lurking in a nature preserve behind their backyard. They are ultimately forced to uncover the mysteries that compel these tortured spirits to haunt and shatter their lives.Ken Pomarco’s influences include: Clive Barker, Cormac McCarthy, Stephen King, William Peter Blatty, James Dickey, Ray Bradbury, Richard Matheson, Elmore Leonard, Rod Serling, Ira Levin, Irvine Welsh, Edgar Allen Poe, David Lynch, Shirley Jackson, Frank Zappa, Oscar Wilde, Benjamin Britten, Stanley Kubrick, Robert Bloch, The Residents, Phillip K. Dick, Thomas Harris, and the Coen brothers. Earworm Publishing© 2021All rights reservedSpecial thanks to Bobooks for cover design. Also to Nick and Mary from Word-2-Kindle formatting for all their invaluable help. 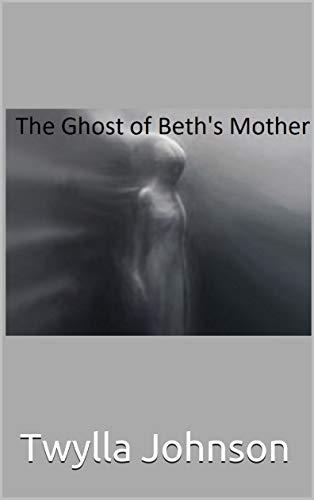 The Ghost of Beth's Mother: A short story

Beth was a homely little misfit girl who lived at the Maudlin Mary Magdeline Orphanage. She claimed her mother, who had passed away a year before, was constantly with her. A wealthy widow named Mrs. Stone decided to adopt her. Does Mrs. Stone get more than she bargained for? Is Beth and her mother a package deal? This is a short story with 3600 words. This is a story of the paranormal, but it is very sweet!