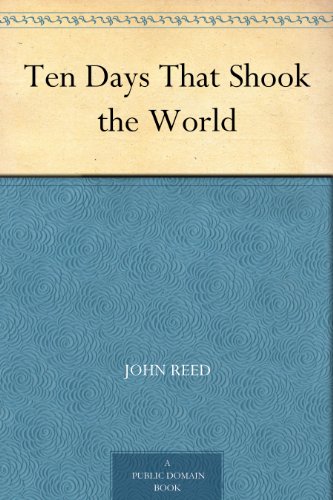 Ten Days That Shook the World 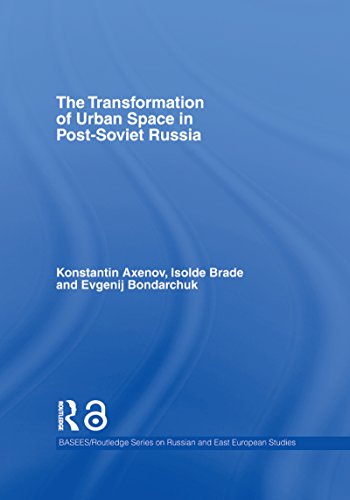 In the years since 1989, the societies of Russia and Eastern Europe have undergone a remarkable transformation from socialism to democracy and free market capitalism. Making an important contribution to the theoretical literature of urbanism and post-communist transition, this significant book considers the change in the spatial structure of post-Soviet urban spaces since the period of transition began. It argues that the era of transformation can be considered as largely complete, and that this has given way to a new stage of development as part of the global urban and economic system: post-transformation. The authors examine the modern trends in the urban development of western and post-socialist countries, and explore the theories of the transformation and post-transformation of urban space. Providing a wealth of detailed qualitative research on the Russian city of St. Petersburg, the study examines the changing structure of its retail trade and services sector. Overall, this book is an important step forward in the study of the spatial dynamics of urban transformation in the former communist world. 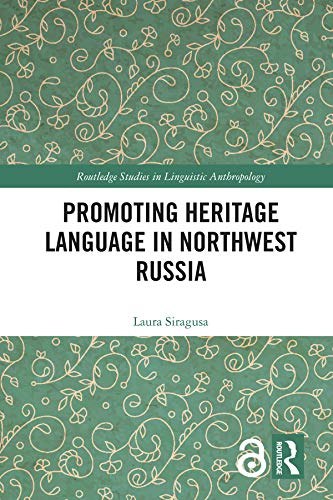 This volume illustrates how language revival movements in Russia and elsewhere have often followed a specific pattern of literacy bias in the promotion of a minority’s heritage language, partly neglecting the social and relational aspects of orality. Using the Vepsian Renaissance as an example, this volume brings to the surface a literacy-orality dualism new to the discussion around revival movements. In addition to the more-theoretically oriented scopes, this book addresses all the actors involved in revival movements including activists, scholars and policy-makers, and opens a discussion on literacy and orality, and power and agency in the multiple relational aspects of written and oral practices. This study addresses issues common to language revival movements worldwide and will appeal to researchers of linguistic anthropology, sociolinguistics, education and language policy, and culture studies. 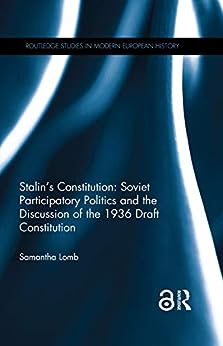 Upon its adoption in December 1936, Soviet leaders hailed the new so-called Stalin Constitution as the most democratic in the world. Scholars have long scoffed at this claim, noting that the mass repression of 1937–1938 that followed rendered it a hollow document. This study does not address these competing claims, but rather focuses on the six-month long popular discussion of the draft Constitution, which preceded its formal adoption in December 1936. Drawing on rich archival sources, this book uses the discussion of the draft 1936 Constitution to examine discourse between the central state leadership and citizens about the new Soviet social contract, which delineated the roles the state and citizens should play in developing socialism. For the central leadership, mobilizing its citizenry in a variety of state building campaigns was the main goal of the discussion of the draft Constitution. However, the goals of the central leadership at times stood in stark contrast with the people’s expressed interpretation of that social contract. Citizens of the USSR focused on securing rights and privileges, often related to improving their daily lives, from the central government.The Open Access version of this book, available at https://doi.org/10.4324/9781315194004, has been made available under a Creative Commons Attribution-Non Commercial-No Derivatives 4.0 license. 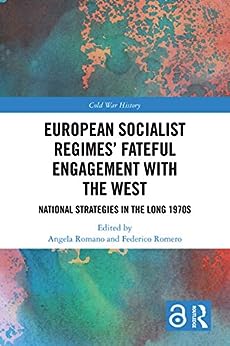 This edited volume analyses European socialist countries’ strategy of engagement with the West and the European Economic Community in the long 1970s.The book focuses on a time when the socialist regimes of Central and Eastern Europe banked their hopes for prosperity and stability on enhanced relations with the West. Crossing the traditional differences among diverse fields of historiography, it assesses the complex influence of European and global processes of transformation on the socialist elites’ reading of the international political and economic environment and their consequent decision-making. The volume also explores the debate in each country among and within the elites involved in policymaking as they elaborated this strategic view and coped with shortcomings and unexpected turns. A comparative analysis of national cases shows a shared logic and common patterns, together with national variations and a plurality of views on the desirability of exchanges with their capitalist neighbours and on the ways to promote them. The multinational coverage of seven countries makes this volume a starting point for anyone interested in each socialist state’s foreign policy, intra-bloc relations, economic strategy, transformation and collapse, relations with the European Community and access to the EU.This book will be of much interest to students and researchers of Cold War Studies, European history, and International Relations. The Open Access version of this book, available at https://www.routledge.com/European-Socialist-Regimes-Fateful-Engagement-with-the-West-National-Strategies/Romano-Romero/p/book/9780367356170, has been made available under a Creative Commons Attribution-Non Commercial-No Derivatives 4.0 license. 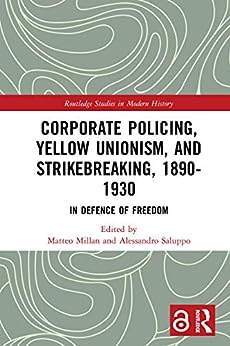 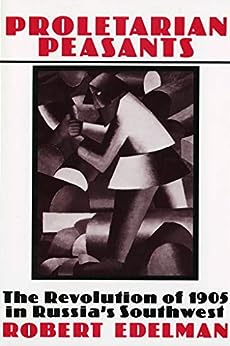 Proletarian Peasants: The Revolution of 1905 in Russia's Southwest

In this book, conceived and written for the general reader as well as the specialist, Robert Edelman uses a case study of peasant behavior during a particular revolutionary situation to make an important contribution to one of the major debates in contemporary peasant studies. Edelman's subject is the peasantry of the right-bank Ukraine, and he uses local and regional archives seldom available to Western scholars to give a detailed picture of the ways in which the inhabitants of one of Russia’s most advanced agrarian regions expressed their discontent during the years 1905–1907. By the 1890s, the landlords of Russia’s Southwest had organized a highly successful capitalist form of agriculture, and Edelman demonstrates that their peasants responded to these dramatic economic changes by adopting many of the forms of political and social behavior generally associated with urban proletarians. 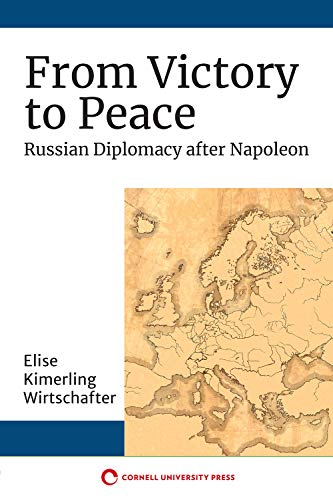 In From Victory to Peace, Elise Kimerling Wirtschafter brings the Russian perspective to a critical moment in European political history. This history of Russian diplomatic thought in the years after the Congress of Vienna concerns a time when Russia and Emperor Alexander I were fully integrated into European society and politics. Wirtschafter looks at how Russia's statesmen who served Alexander I across Europe, in South America, and in Constantinople represented the Russian monarch's foreign policy and sought to act in concert with the allies.Based on archival and published sources—diplomatic communications, conference protocols, personal letters, treaty agreements, and the periodical press—this book illustrates how Russia's policymakers and diplomats responded to events on the ground as the process of implementing peace unfolded.Thanks to generous funding from the Sustainable History Monograph Pilot and the Mellon Foundation the ebook editions of this book are available as Open Access (OA) volumes from Cornell Open (cornellopen.org) and other Open Access repositories.