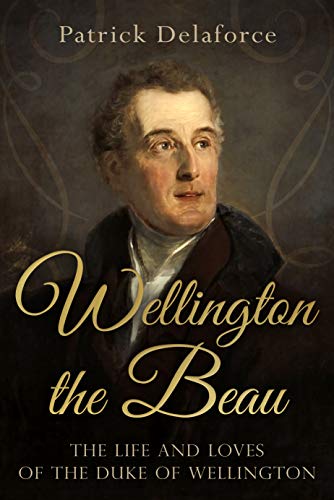 Wellington the Beau: The life and loves of the Duke of Wellington

Most people are familiar with the image of the ‘Iron Duke’ – the great soldier and conqueror of Napoleon at Waterloo. Few know that the Duke of Wellington was a great lover and, throughout his long and distinguished life, pursued the opposite sex with passion and vigour…Wellington the Beau is a wonderfully entertaining and gossipy account of Wellington’s relationships with over twenty women. With brand new material, this biography casts a new light on this extraordinary man. Many of the anecdotes come from contemporary diaries and letters and vividly recreate the atmosphere of the time.His unassuming Irish wife, Kitty, could not compete with the most brilliant courtesans of the age – such as Harriette Wilson – nor with the beautiful Italian singer La Grassini. In later life the Duke was seen to be ‘ill with love’ of the gorgeous American heiress, Mary Anne Patterson. Because Wellington would not divorce his wife – wishing to avoid a scandal – Mary Anne turned to his disreputable elder brother and married him instead, leaving the Iron Duke broken-hearted.Other relationships were with some of the greatest female intellects of that era: Madame de Staël, Harriet Arbuthnot and Princess Lieven, the notorious Russian spy. Often the subject of controversy and blackmail, due to these ever-changing liaisons, the Duke proved oblivious and was never happier than in the company of the women he admired and loved.Patrick Delaforce was educated at Winchester and served as a Troop Commander from Normandy to the Baltic in the Second World War. He then became a Port Wine shipper in Portugal, managed an advertising agency in New York before becoming a wine grower in France. He then lived in England as a full-time author and wrote fourteen books of travel, history, biography and wine. Patrick died in 2018, aged 94. 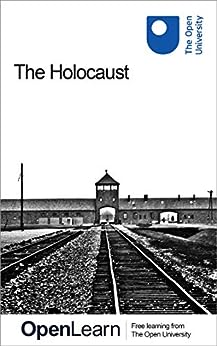 This 12-hour free course examined the Holocaust, historical arguments surrounding it, whether it is unique and why it happened as and when it did. 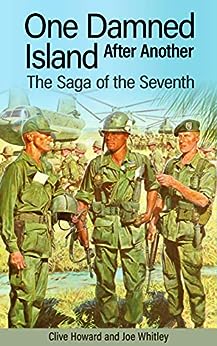 One Damned Island After Another (Illustrated): The Saga of the Seventh

Clive Howard and Joe Whitley were both sergeants and served as correspondents for the Seventh Air Force during World War 2. The men of the Seventh were forced to fly the longest missions in any theater of war, entirely over water and, at first, without fighter escort. They fought at Midway, Guadalcanal, Tarawa, Kwajalein, Eniwetok, Truk, Saipan, Palau, the Philippines, Iwo Jima, and finally Tokyo. 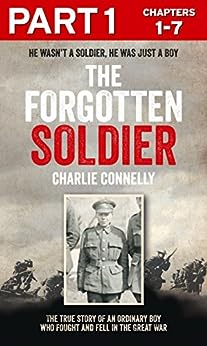 The Forgotten Soldier (Part 1 of 3): He wasna??t a soldier, he was just a boy

Bestselling author Charlie Connelly returns with a First World War memoir of his great uncle, Edward Connelly, who was an ordinary boy sent to fight in a war the likes of which the world had never seen.But this is not just his story; it is the story of all the young forgotten soldiers who fought and bravely died for their countryThe Forgotten Soldier tells the story of Private Edward Connelly, aged 19, killed in the First World War a week before the Armistice and immediately forgotten, even, it seems, by his own family.Edward died on exactly the same day, and as part of the same military offensive, as Wilfred Owen. They died only a few miles apart and yet there cannot be a bigger contrast between their legacies. Edward had been born into poverty in west London on the eve of the twentieth century, had a job washing railway carriages, was conscripted into the army at the age of eighteen and sent to the Western Front from where he would never return.He lies buried miles from home in a small military cemetery on the outskirts of an obscure town close to the French border in western Belgium. No-one has ever visited him.Like thousands of other young boys, Edward’s life and death were forgotten.By delving into and uncovering letters, poems and war diaries to reconstruct his great uncle’s brief life and needless death; Charlie fills in the blanks of Edward’s life with the experiences of similar young men giving a voice to the voiceless. Edward Connelly’s tragic story comes to represent all the young men who went off to the Great War and never came home.This is a book about the unsung heroes, the ordinary men who did their duty with utmost courage, and who deserve to be remembered. 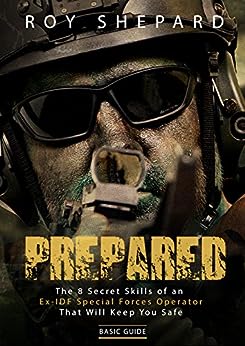 Prepared: The 8 Secret Skills of an Ex-IDF Special Forces Operator That Will Keep You Safe - Basic Guide

Learn the 8 secret skills of an Ex-IDF Special Forces operator that will keep you safe and prepare you for any situation - from a street mugging all the way to a full blown global catastrophe! “Just because you’re paranoid doesn’t mean they aren’t after you.” Joseph Heller, Catch-22 This is a great start to becoming more prepared for any situation. Our world is truly strange that so many good and helpful people find themselves preyed upon by the criminal elements. In case of an emergency or a catastrophe those odds may become even worst. My name is Roy Shepard and I’m a former IDF (Israeli Defense Forces) Special Forces Operator. During my military service, I took part in countless missions behind enemy lines and later trained young cadets as a Master Sergeant. I specialize in weapons training, stealth and camouflage, and Krav-Maga. I’ve been in active reserve duty for the past 20 years and spent much of that time formulating and implementing defense strategies and drills in military bases all over Israel. Highly trained in martial arts, I specialize in Judo, Jiu-Jitsu, Aikido, and Russian Systema—with both hand-to-hand combat and melee weapon handling. I am also an expert marksman with both close-quarters and long-range weapons. The IDF is one of the most effective militaries in the world with proven strategies and tactics that have kept Israel safe for the last 70 years. The harsh reality is that Israel is a small country surrounded by hostile nations that have been intent on destroying it since it was formed in 1948. The IDF has defended Israel in eight full-out wars and fended off many incursions and terrorist attacks. The skills that I’m about to share with you are the same ones used by the IDF Special Forces Operators to stay safe in hostile situations and will allow you to do so as well. Be it fending off a mugger in a dark parking lot or surviving a post-catastrophe scenario. The reality is that we are always only moments away from danger and knowing the exact step-by-step response can be the difference between life, injury, or even death. Using the knowledge in this book you will learn how to avoid, escape, or survive numerous dangerous situations using minimal effort. The number one thing you must remember is that being efficient can save your life. If you don’t take steps to conserve your energy, you will get tired very quickly and may lose the battle. Professional fighters can hold a full combat event for a few seconds and after that they rely solely on technique to survive and accomplish the mission. This book will teach you eight of the most effective techniques to stay safe: 1. Situational awareness 2. Tactical relocation 3. Planning for emergencies 4. Survival self-defense 5. Team roles 6. Communications 7. Fitness 8. Survival tools I look forward to seeing you as part of our community at Prepper Legend and hope you enjoy this book at least as much as I enjoyed writing it. And above all else stay safe! Your friend always, Roy Shepard 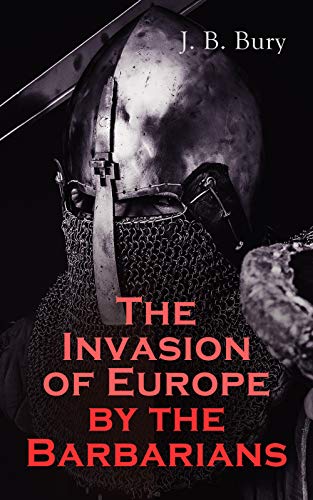 The Invasion of Europe by the Barbarians

In this book J.B. Bury gives a detailed historical review of the Migration Period, also known as Barbarian invasions in Mediterranean countries. It describes widespread process of migrations of the Germanic tribes and the Huns within or into the Europe during the decline of the Roman Empire. 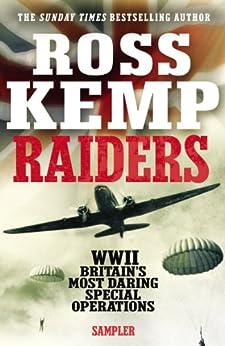 A free sampler of Ross Kemp's Raiders: six true stories of the most daring British operations of World War Two.This sampler contains the story of Operation Judgement; believed to be one of the most incredible raids of World War Two.The full ebook and hardback will be available on 25th October 2012.Six raids that changed the course of history.Operation Judgement: one of the most spectacular efforts of World War Two, where obsolete British biplanes attacked the Italian fleet in Taranto.Operation Archery: the first true combined operation carried out by all three British forces. THis successful raid persuaded Hitler that the Allies were planning a full scale invasion.Operation Biting: a cross-Channel raid into France that was the first major attack by the British Airborne Division and its first battle honour.Operation Gunnerside: a dramatic demolition assault on Hitler's atomic bomb plant in Norway.Operation Chariot: 'the greatest raid of all': the British amphibious attack on the Normandie dry dock at St Nazaire in German-occupied France.Operation Deadstick: the story of the first Allies into the fray on D-Day, tasked with seizing and holding two bridges to prevent an armoured German counter-attack. 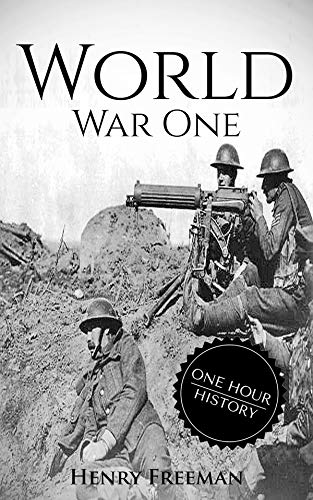 World War 1: A History From Beginning to End

World War IWorld War One was one of the bloodiest wars in modern history. At its end, it had claimed over seventeen million lives. It led to the collapse of nations, the abdication of monarchies and ended empires. Entire divisions of men perished in the pursuit of mere miles of uninhabitable wasteland––towns were pulverized and millions displaced. It became a horrendous war of attrition, each side competing to kill as many of their foe as possible. Inside you will read about...✓ 1914 - Blood Is Spilled✓ 1915 - The Dawn Of The Industrialized War✓ 1916 - Unrelenting Bloodshed✓ 1917 - Revolution, Revelation and Catastrophe✓ 1918 - The Great War At An EndIt became the first industrialized war in history and introduced revolutionary technology into the fray. The Airplane, the Tank and the Machine Gun first saw action collectively during the conflict. It was also the first war in which poison gas was used to choke young men out of their trenches. This book is a timeline account of the important events that shaped the First World War. It details the events and causes that led the world to war. This book covers the milestone moments, important battles, and how the outcome changed the world forever.