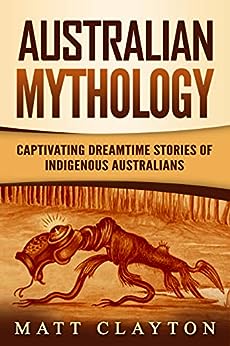 If you're looking for a captivating collection of Australian myths, then keep reading...With a history reaching back over 40,000 years, Indigenous Australian culture is one of the oldest continually existing cultures in the world. According to DNA tests conducted at the University of Copenhagen, Indigenous Australian people are the descendants of the first migrants to have left the birthplace of humanity in Africa, some 75,000 years ago. Across these many millennia, the Indigenous peoples of Australia have established complex and unique societies that have adapted well to the often harsh conditions of the Australian landscape.Although Indigenous Australian culture tends to be named as though it were a single unit, it is far from monolithic. According to the Australian government’s website, at the time of first contact with Europeans, there were some 500 distinct Indigenous nations inhabiting Australia, speaking different languages and following their own religious and cultural practices, with a certain amount of overlap across cultures.As with all human societies, that of the Indigenous Australians is abounding in stories. Stories of how the world came to be the way it is, stories of heroism and perfidy, stories about animals and birds, and stories about love and hate all have parts to play in the wide array of myths, legends, and tales created by Indigenous Australians.Australian Mythology: Captivating Dreamtime Stories of Indigenous Australians invites you to go on a startling journey and discover:Origin storiesMyths of Gods, Heroes, and MonstersAnimal TalesAnd much, much more!So if you want a captivating collection of Australian myths, click the “add to cart” button! 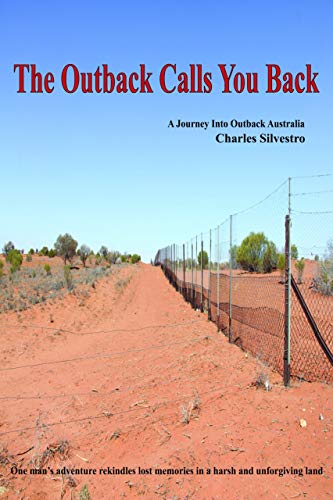 The Outback Calls You Back

One man's journey into Outback Australia rekindles distant memories. Forty two years earlier in 1976, the land was harsh and unforgiving, in 2018 he finds that not much has changed, the land is still harsh and unforgiving, some towns have grown while others have become a ghost of their past. This is the true story of a camping trip to the outback that didn't go according to plan. 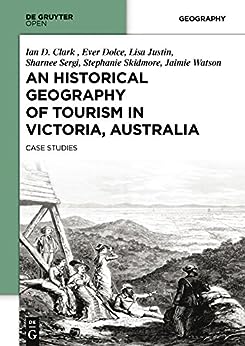 An Historical Geography of Tourism in Victoria, Australia: Case Studies

This work is concerned with the emergence of tourism in colonial Victoria, Australia, and is part of ongoing research into understanding the ‘tourism era of discovery’. It deals with the processes of opening up new attractions and its focus is the embryonic or emergent phase in which natural attractions become the subject of tourist visitation. It is contextualized in the study of eight tourism sites that are the primary focus of this work.

Remembrance of Pacific Pasts: An Invitation to Remake History

How does one describe the Pacific's pasts? The easy confidence historians once had in writing about the region has disappeared in the turmoil surrounding today's politics of representation. Earlier narratives that focused on what happened when are now accused of encouraging myths of progress. Remembrance of Pacific Pasts takes a different course. It acknowledges history's multiplicity and selectivity, its inability to represent the past in its entirety "as it really was" and instead offers points of reference for thinking with and about the region's pasts. It encourages readers to participate in the historical process by constructing alternative histories that draw on the volume's chapters.The book's thirty-four contributions, written by a range of authors spanning a variety of styles and disciplines, are organized into four sections. The first presents frames of reference for analyzing the problems, poetics, and politics involved in addressing the region's pasts today. The second considers early Islander-Western contact focusing on how each side sought to physically and symbolically control the other. The third deals with the colonial dynamics of the region: the "tensions of empire" that permeated imperial rule in the Pacific. The fourth explores the region's postcolonial politics through a discussion of the varied ways independence and dependence overlap today.Remembrance of Pacific Pasts includes many of the region's most distinguished authors such as Albert Wendt, Greg Dening, Epeli Hau'ofa, Marshall Sahlins, Patricia Grace, and Nicholas Thomas. In addition, it features chapters by well-known writers from outside Pacific Studies -- Edward Said, James Clifford, Richard White,and Gyan Prakash -- which help place the region's dynamics in comparative perspective. By moving Pacific history beyond traditional, empirical narratives to new ways for conversing about history, by drawing on current debates surrounding the politics of representation to offer different ways for thinking about the region's pasts, this work has relevance for students and scholars of history, anthropology, and cultural studies both within and beyond the region.