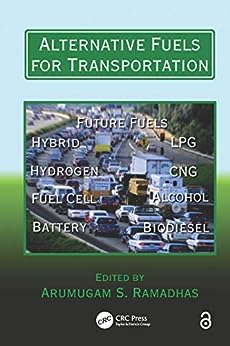 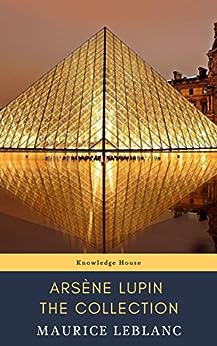 The collection, brings together the works that inspired the original NETFLIX series, directed by Louis Leterrier as well as the Hero, Assane Diop, performed by OMAR SY.Slender, elegant, refined, seductive, Arsène Lupine, gentleman-burglar by trade, is the model of the "Belle Epoque" dandy. His intelligence, his culture, his talents as an illusionist between Fregoli and Robert-Houdin are at the service of an astonishing nerve. But this accomplished man of the world is also an anarchist at heart who plays with social conventions with marvelous insolence.Arsène Lupine, gentleman-burglar is a collection of short stories written by Maurice Leblanc and recounting the adventures of Arsène Lupine.The first short story of this collection was published in July 1905 in the newspaper Je sais tout. It was the first short story featuring Arsène Lupine. This one having success, Maurice Leblanc is encouraged to write the continuation, in several short stories. What will be done until 1907.Content :Arsène Lupin, Gentleman BurglarArsène Lupin Versus Herlock SholmesThe Hollow Needle813 The Arsène LupinThe Crystal StopperThe Confessions Of Arsène LupinThe Teeth Of The TigerThe Woman Of MysteryThe Golden TriangleThe Secret Of SarekEight Strokes Of The ClockThe Secret Tomb 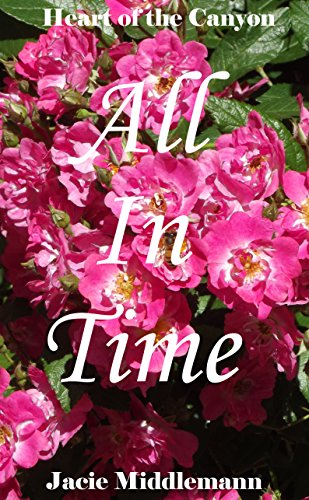 All In Time (Heart Of The Canyon Book 5)

All In Time is the fifth book in the Heart of the Canyon series, continuing the story of Mallie Westin, Clay Tobin, and Lizzie Patterson, neighbors in a small cluster of homes that were built over fifty years ago in a secluded corner of the canyon they call home.There is very little that Lizzie Patterson wouldn’t do for those she cares about. That is especially true for her two neighbors in the quiet corner of the canyon that’s been her home for over fifty years and her refuge since she retired from the profession she loved but was more than ready to walk away from. Recently she’s accepted a role in a movie her first husband is producing after years of turning down all the other offers that came her way since her retirement. Many believe that her reason for doing so is because Clay Tobin has agreed to play the lead character in the same movie. They would be right but not because of all the speculative reasons being whispered and gossiped about. Clay is like family to her…the grandchild she’ll never have. But it’s not her only reason…and not the only secret she has. Years ago Mallie Westin left her home in the canyon because she felt she had no choice. Now years later, the choice is hers and she’s returned to the place she loves. The Heart of the Canyon series is about the strength of family, the endurance of friendship, and the unwavering and unconditional longing for home…and all it means. All In Time is the fifth book in the series, also available are All We Keep, Everything We Are, Any One Moment, and Each Day Since. Coming soon…Moments We Hold. 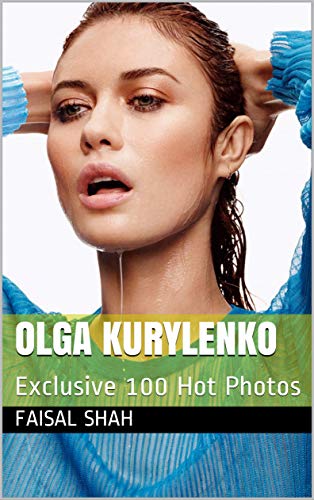 olga kurylenko 100 Hot Photos, Autograph 8x10 PhotosOlga Kurylenko, a Ukrainian-born actress and model, go from sharing a cramped apartment building with her aunt, uncle, grandparents and cousin to playing a Bond girl alongside Daniel Craig.She was born as Olga Konstantinovna Kurylenko on November 14, 1979 in Berdyansk, Ukraine, Soviet Union. Her mother, Marina Alyabysheva, divorced her father, Konstantin Kurylenko, shortly after her birth. After the divorce, her mother struggled to survive as an art teacher. Young Olga was raised by her mother and grandmother, Raisa. During her youth, Olga had the humble experience of living in poverty; She had no choice but to use rags and had to mend the holes in her sweater. During her years in Ukraine, she studied art and languages and spent seven years studying piano at a local music school in Berdyansk. She also went to a ballet studio until she was 13.At age 13, Olga and her mother took a trip to Moscow. There she was discovered by an agent, who approached her in a subway station and offered her a job as a model. Olga's mother was initially suspicious, but she verified the agent's credentials and eventually allowed Olga to accept modeling training in Moscow, which turned out to be a good career choice.At 16 she was geared up for the next step. She moved to Paris, learned French in six months, and signed with the Madison agency. At 18 she appeared on the cover of Glamor and before long she appeared on the covers of Elle, Madame Figaro, Marie Claire and Vogue. She also became the face of lingerie companies Lejaby, Ropa Bebe, Clarins, and Helena Rubinstein.In 1999 Olga married French photographer Cedric Van Mol, but divorced him 3 and a half years later. One day Olga went to an acting agency. Eventually, she switched from the catwalk to the movie screen and her acting career took off. In 2005 she made her film debut as "Iris", a sensual beauty, in The Ring Finger (2005), by director Diane Bertrand.Olga's film roles have been remarkably passionate, and her natural beauty and explicit nudity attracted the attention of male audiences. She appeared alongside Elijah Wood in Paris, je t'aime (2006) and as "Sofia" in The Serpent (2006), then co-starred with the Russian beauty "Nika Boronina" alongside Timothy Olyphant in Hitman (2007). She also appeared as "Mina Harud" in the independent surveillance thriller Tyranny (2008). On Christmas Eve 2007, Olga was offered to perform what will become her biggest success: co-starring as "Camille," the Bond girl, alongside Daniel Craig in Quantum of Solace (2008), a sequel to Casino Royale ( 2006).With international success like Bond Girl, Olga also made appearances in various television productions in Russia and Ukraine. In 2012, Olga Kurylenko was cast as Julia, supporting role in the sci-fi adventure Oblivion (2013) alongside Tom Cruise and Morgan Freeman. 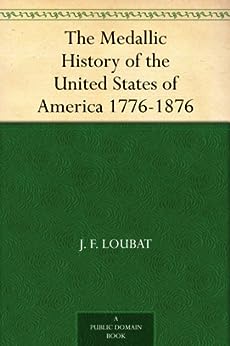 The Medallic History of the United States of America 1776-1876 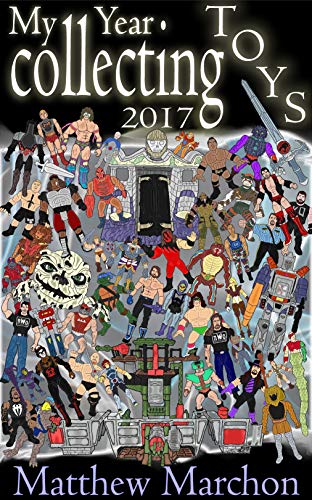 It’s not an addiction, it’s a passion. I love collecting toys. Okay, yeah, fine, maybe a little bit of an addiction. We’ll let you decide.Journey with me as we take a trip back to 2017. The year my beloved WWF Hasbro figures returned to the shelves as WWE Retros. The year Mega Construx added Masters Of The Universe to their line of mini figures. The year I bought a collection of the 2011 Thundercats and found a bag of He-Man figures at a thrift store in the mountains of New Hampshire.While traveling New England for my hiking guides, I stopped at every toy store, flea market and thrift store I came across. Not to mention my parents’ shed and attic, always good places for old treasures. And of course, good old eBay.The cover says it all, you know what we’re hunting down. This isn’t superheroes and Star Wars, I’m looking for those forgotten lines. And a few not so forgotten. We’re talking Dino-Riders and Super Naturals. Wrestling and MOTU. GI Joes, Turtles, the ninja kind, not the ones you have to brake for in the road, Transformers and even, ugh, I know people hate it but I’m gonna say it anyway, Go-Bots. And Thundercats, everyone loves them. Does that make up for it?It was a good year for toy hunting, but not nearly as good as the years that fell around it. Since this book’s a little short, we’re going to give it away for free, just pretend it’s one of those mini comics that came with 80’s action figures. But don’t let your kids read it, some of the humor may be a little inappropriate. They can enjoy the pictures though, just like I did with the actual mini comics that came with my figures when I was a kid.Let’s take a look at my year collecting toys in 2017. 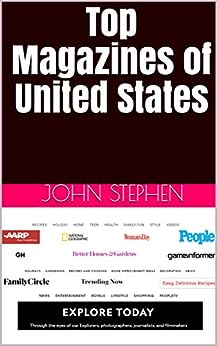 This book lists the top magazines of United States. 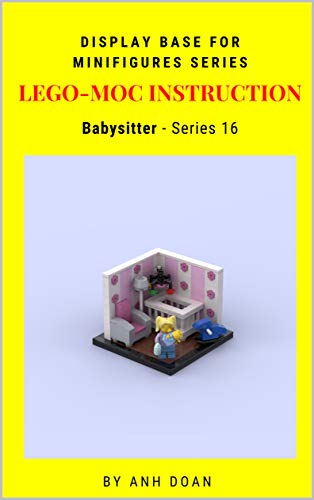 This Instruction guides you how to make a Display base for Babysitter - Series 16Number of parts: 193The Listing Parts is at the end of InstructionI hope you'll like new base for your Collectible MiniFigures 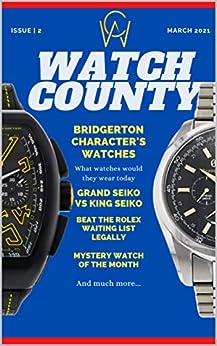 This magazine is made for any watch enthusiast who would like to read some fun and interesting articles. Also, every article included is beginner-friendly making it easier for a new watch person to read through. If you want to get an idea about it, please use the look inside feature. Features: 38 Pages. 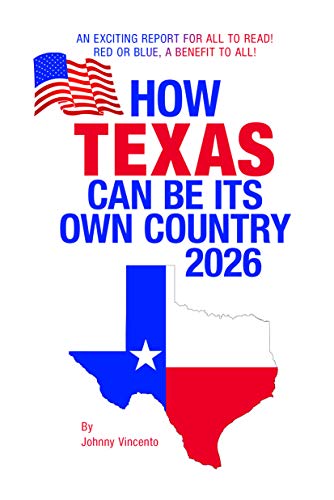 HOW TEXAS CAN BE ITS OWN COUNTRY 2026

Can Texas be its own country? Whether you’re a Democrat or Republican everyone wins! A power grab for the Blue, A grab for independence for the Red! It will be a court decision of the century! An attempt to Amend the Constitution to allow Secession, or legally create a state within the state as the new country: The “REPUBLIC OF TEXAS.” Don’t think it is possible? You will be shocked when reading this report and the original agreement from the very beginning of the Annexation of Texas!!! 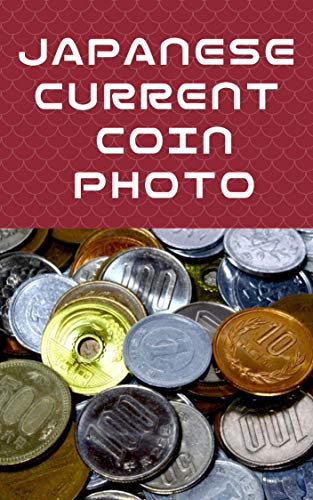 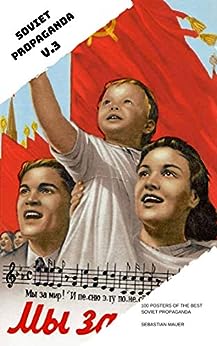 IN THIS BOOK WE WILL COLLECT 100 PROPAGANDISTIC POSTERS OF THE SOVIET UNION IN HIGH QUALITY, THE USSR / CCCP, DISAPPEARED ON DECEMBER 8, 1991 BUT WE CAN FIND DIFFERENT PHILATELIC ELEMENTS, PROPAGANDISTICS, HISTORY OF A PERIODIC LIBRARY PERIODIC PERFORMANCE BY A COLOR IDENTIAL GENDER LOVERS.ENJOY.