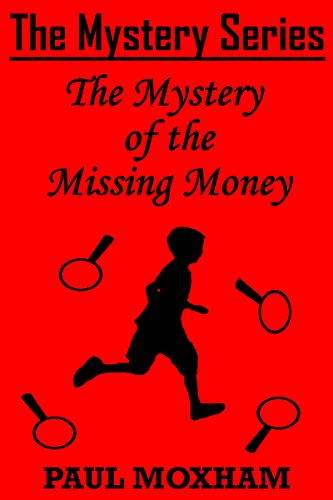 Are you up for a thrilling adventure?The seaside village of Smugglers Cove is proving to be anything but quiet for the Mystery Kids as they encounter yet another mystery while exploring Brackness Castle. This ruined fortress sits on the outskirts of the village and, as they soon discover, holds more secrets than they could ever imagine.Who is hiding in the dungeons? What is in the bag? Where does the secret tunnel lead to? Set in 1950's Britain, this adventure story will suit anyone who enjoys Nancy Drew, the Hardy Boys or the Famous Five. 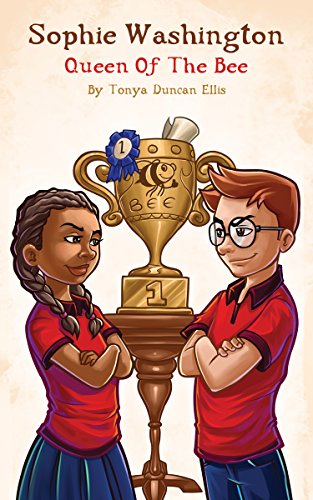 Sophie Washington: Queen of the Bee 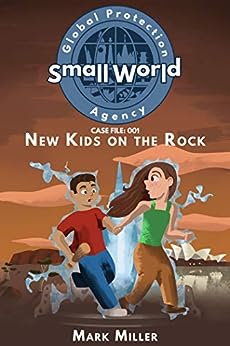 Eat your vegetables. Do your homework. Save the world.When you read this book, you become an Agent-in-Training for the Small World Global Protection Agency.Your mission: Join star athlete Josh and computer prodigy Madison as they travel the world, trying to stop the sinister minions of BIXAR (pronounced "bizarre") - while learning about the countries they visit.In New Kids on the Rock, their first mission takes them to Australia where they go from the Outback to the top of the Sydney Opera House! Can they save young pop singer Ja-Naya before BIXAR can take over the world?And remember, sometimes only a kid can save the day! 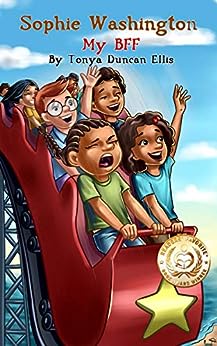 A READERS' FAVORITE GOLD MEDAL BOOK AWARD WINNERFans of Junie B. Jones, Ivy and Bean, and Jada Jones love reading the entertaining, illustrated Sophie Washington book series. "I think any child reading this book would gain the confidence to be themselves and not feel pressured to follow the crowd."- Readers' Favorite YOU'VE GOT A FRIEND IN MESophie and Chloe have been best friends since they met in kindergarten. They get along like chips and salsa and do everything together from playing tennis to cheering on the school cheer squad. Lately, Chloe’s been leaving Sophie out, and she doesn’t know why. Sophie does everything she can to make her best friend happy, but it’s not working. Then Chloe asks Sophie to fib to a teacher to help her out and she learns the true meaning of friendship. Here's what Goodreads reviewers say about Sophie Washington: My BFF: "I wish they would have had books like this when I was in middle school. I can't wait to share it with my niece. This book has wonderful examples of peer pressure, plagiarism, pictures on the internet being permanent, and consequences for actions.""Tonya Duncan Ellis is so talented to write a series that younger readers can relate to and learn life lessons from, including this one. Sophie finds out who her true friends are and how to be true to herself. I loved the story so very much.""This is a great book to teach children about friendships! Not just what friendship is, but about what it isn't! I'm so glad to see a book where a main character struggles with fitting in, but the other characters are struggling too." This is the tenth book in the Readers' Favorite five star rated Sophie Washington book series that includes:Sophie Washington: Queen of the Bee (Book 1)Sophie Washington: The Snitch (Book 2)Sophie Washington: Things You Didn't Know About Sophie (Book 3)Sophie Washington: The Gamer (Book 4)Sophie Washington: Hurricane (Book 5)Sophie Washington: Mission Costa Rica (Book 6)Sophie Washington: Secret Santa (Book 7)Sophie Washington: Code One (Book 8)Sophie Washington: Mismatch (Book 9)Sophie Washington: My BFF (Book 10)Sophie Washington: Class Retreat (Book 11)Kids Ages 8-12Click above to get your copy today! 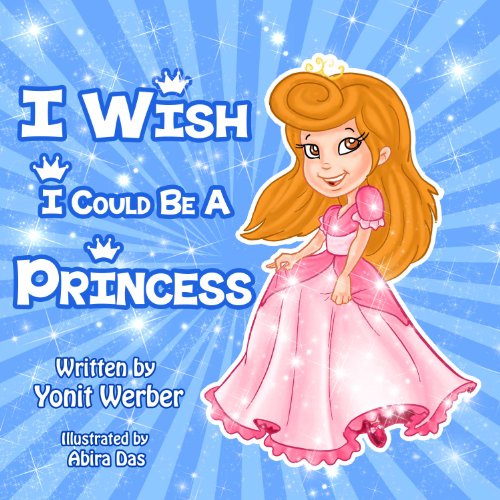 Children's Book: I wish I could be a princess (funny bedtime story collection)

If you could be a princess, which princess would you be? There’s so many to think of, and all of them are so special. In this well-illustrated and delightful rhyming story for children aged 3 to 9 years old, a young girl spends her morning pretending to be the Princess of Lions, the Princess of Pirates, a Fairy Princess… and those are just the start! She has so many costumes in her closet, which means that she could be the princess of… anything she likes. All young girls love to pretend to be princesses and in truth, to their parents, all of them are! 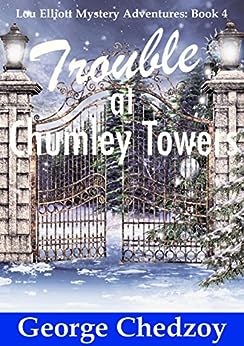 Lou looks all set for a miserable Christmas with her uncaring parents – until her best friend Jack invites her to join him and his brother and sister at their place. The thirteen-year-old is delighted at the prospect of seeing Jack, 12, and his siblings David, 11, and Emily, 10, again. She's looking forward to celebrating Christmas properly at long last. Intriguingly, Jack’s home village of Malpas is all a-buzz with news that a series of thefts have taken place from the nearby stately home, Chumley Towers. Its owners, Lord and Lady Somerset, are struggling to stay afloat as it is and this might be the final straw. The police don't have a clue who is responsible. But there are clues - for those willing to look for them. Jack hopes that with Lou's help, they just might be able to solve the mystery. Lou, of course, is never one to shirk a challenge like that! In the course of their enquiries, the four young detectives unearth more than they bargained for . . . LOU ELLIOTT MYSTERY ADVENTURE SERIES by George Chedzoy: 1. Smugglers at Whistling Sands 2. The Missing Treasure 3. Something Strange in the Cellar (a shorter novel) 4. Trouble at Chumley Towers 5. Secrets in the MountainsAlso by George Chedzoy: Cartwright Fantasy Adventure Series: The Mystery of the Misty Woods; The Mystery of the Message in a BottleRapunzel: My True Story 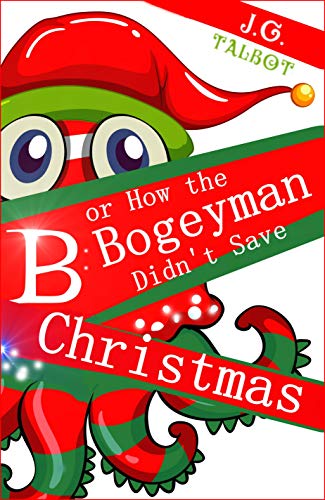 B or How the Bogeyman Didn't Save Christmas

Christmas in July! And in Halloween, Thanksgiving, New Years, EVERYTHING. Santa Claus is loving every minute. He's the most popular! Neener! Big mistake. Then, in his workshop, he makes the biggest mistake of all.Honoir Battle is a big ten year old boy caught in the middle when the Nanny, Santa's new monster toy, endangers him, his friends, Christmas, and even the world! Who will rescue them? Santa doesn't have any friends left! But Honoir does, a very strange friend. So it's the BOGEYMAN leading a team of parents, elves, and Mrs Claus to save the day!But will he actually save Christmas? 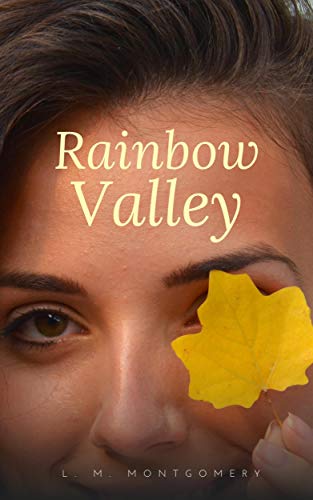 Rainbow Valley (1919) is the seventh book in the chronology of the Anne of Green Gables series by Lucy Maud Montgomery, although it was the fifth book published. In this book Anne Shirley is married with six children, but the book focuses more on her new neighbor, the new Presbyterian minister John Meredith, as well as the interactions between Anne's and John Meredith's children.The book is dedicated: "To the memory of Goldwin Lapp, Robert Brookes and Morley Shier who made the supreme sacrifice that the happy valleys of their home land might be kept sacred from the ravage of the invader." This refers to World War I, which is the main theme of the next and final book in the series, Rilla of Ingleside. 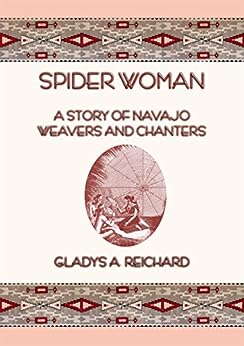 SPIDER WOMAN - The Story of Navajo Weavers and Chanters

A STORY OF NAVAJO WEAVERS AND CHANTERSA Navajo Legend goes “Spider Woman instructed the Navajo women how to weave on a loom which Spider Man told them how to make. The crosspoles were made of sky and earth cords, the warp sticks of sun rays, the healds of rock crystal and sheet lightning. The batten was a sun halo, white shell made the comb. There were four spindles; one a stick of zigzag lightning with a whorl of cannel coal; one a stick of flash lightning with a whorl of turquoise; a third had a stick of sheet lightning with a whorl of abalone; a rain streamer formed the stick of the fourth, and its whorl was white shell."For anyone interested in weaving, this free ebook is a must.For anyone interested in weaving native American patterns on a hand loom, this book is an ABSOLUTE MUST!The Story of Navajo Weavers and Chanters is self-explanatory as to characters and circumstances. The only distortion of which I am conscious is a slight one of time and sequence. There is no twisting of facts; if there is of interpretation it is because of lack of understanding rather than of the will to understand.My acknowledgments must be necessarily feeble in proportion to the harvest I have reaped of good will and kindness. The first are due to the Southwest Society, which had enough faith in a dubious undertaking to start me on my way. I thank next the Council for Research in the Social Sciences of Columbia University, which kept me going once I had started.When I consider the service, spiritual and physical, rendered by the members of the J. L. Hubbell Trading Post, Ganado, Arizona, I am overwhelmed with the inadequacy of my vocabulary. Mr. Roman Hubbell, Old-Mexican's-Son, understood in a flash my somewhat difficult problems, and when he suggested Red-Point's family as the one with which to work he put the stamp of success on my project. He himself is a constant source of stimulation and inspiration as he follows my progress with ever-eager interest and coöperation. The sentiment applies equally to Mr. Lorenzo Hubbell of Oraibi.I cannot sign my name to this and leave out the word "hospitality." I find the Southwest ever hospitable and, in emphasizing my feeling of well-being there, must refer back to the residents of the Southwest previously mentioned as largely responsible for it. This includes all their families and many others which the exigencies of space forbid me naming individually.Gladys A. Reichard 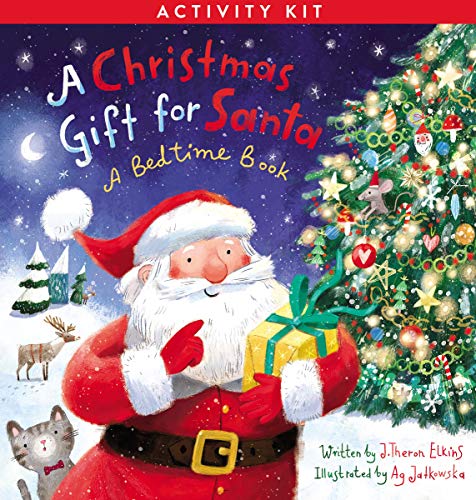 A Christmas Gift for Santa Activity Kit: A Bedtime Book 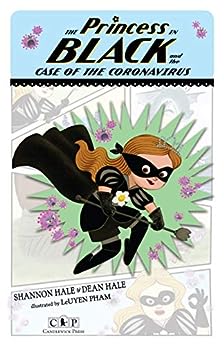 The Princess in Black and the Case of the Coronavirus: A PSA Booklet

Available as a free digital booklet, here is a child-friendly coronavirus public service announcement starring the Princess in Black and her friends from the New York Times best-selling series!In the words of author Shannon Hale: “LeUyen, Dean, and I are all parents self-isolating at home with our children. The anxiety and distancing are difficult enough for our older kids, but we know that younger kids might be having an even harder time. We hoped that it would help if a familiar book friend like the Princess in Black talked them through it. Even the Princess in Black is staying home! Even Princess Sneezewort had to cancel playdates! LeUyen had the idea of creating a short comic to download and share widely so that caregivers could have an extra tool for talking to children. Our goal is both to help kids understand what’s going on and to help them feel less alone.” 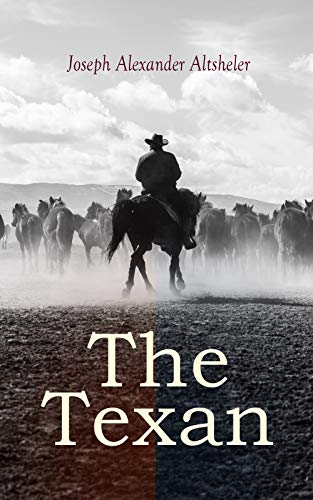 The Texan Star & The Texan Scouts are historical action adventure novels. The story is set in the early stages of the Texas revolution. Stephen Austin and his young friend Ned begin the adventure of traveling back to Texas to warn the others of Santa Anna's plan to take his army north. Along the way they will have encounters with the Mexican army, the Native Americans and the Texan cowboys…