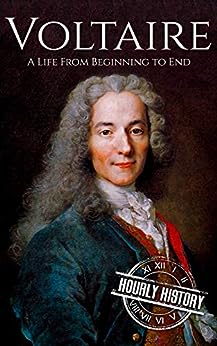 Voltaire: A Life from Beginning to End

Discover the remarkable life of Voltaire in less than an hour...Free BONUS Inside!Voltaire, born François-Marie Arouet in Paris, France, was a writer and leading figure of the Enlightenment. His insistence that all authority could and must be questioned was so radical, he ended up in prison several times and was ultimately exiled. Voltaire’s writings were instrumental in influencing the American and French revolutions. Man as a being with natural rights was a radical concept at the time, but one which the American founding fathers embraced. Voltaire’s anger was specifically directed at the arbitrary powers of the state and the church. The French legal system treated aristocrats differently than ordinary citizens. The Catholic church, too, wielded its dictatorial power. Voltaire incurred the wrath of both kings and bishops with his unrelenting attacks on such abuses of freedom. Unwilling to be silenced, Voltaire continued his demand for individual freedom throughout the span of his entire life. Only after his death was he officially welcomed back to Paris, and Voltaire’s remains now rest in the Parisian Panthéon, the burial place for the country’s national heroes.Discover a plethora of topics such as Literary Success and Financial Failure Émilie: The Love of His Life Years in Exile Candide and Morality Voltaire’s Final Year and Death And much more!So if you want a quick and easy to read book on Voltaire, simply scroll up and click the "Buy now" button for instant access! 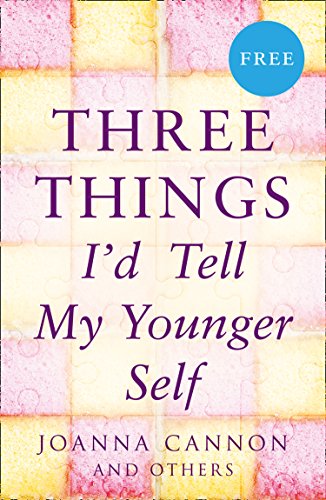 A very special FREE collection of advice for our younger selves, compiled by Joanna Cannon - the author of THREE THINGS ABOUT ELSIE and THE TROUBLE WITH GOATS AND SHEEP

If you could send a message to your younger self, what three things would you want to tell them? This inspiring, moving and frequently hilarious collection includes advice from - among others - authors, journalists, clergy, nurses and doctors; and their words will offer both solace and entertainment to readers at any milestone in life, from exam results and educational choices to love, health, friendship and careers. Here you will find the wise words of: 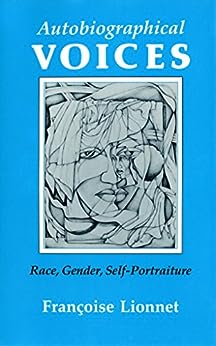 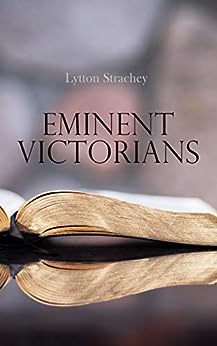 Eminent Victorians is a book by Lytton Strachey, consisting of biographies of four leading figures from the Victorian era. Its fame rests on the irreverence and wit Strachey brought to bear on three men and a woman who had until then been regarded as heroes: Cardinal Manning, Florence Nightingale, Thomas Arnold and General Gordon (although Nightingale is actually praised and her reputation was enhanced). The book shows its other subjects in a less than flattering light; for instance, the intrigues of Cardinal Manning against Cardinal Newman. 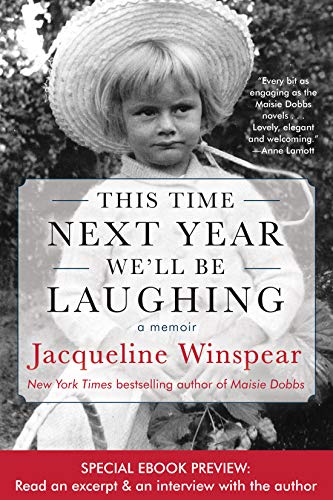 This Time Next Year We'll Be Laughing Sample

An ebook-only sneak peek of New York Times bestselling Maisie Dobbs author Jaqueline Winspear's memoir, This Time Next Year We'll Be Laughing (on sale November 10, 2020). Features an excerpt from the book and an interview with the author.   The New York Times bestselling author of the Maisie Dobbs series offers a deeply personal memoir of her family’s resilience in the face of war and privation.   After sixteen novels, Jacqueline Winspear has taken the bold step of turning to memoir, revealing the hardships and joys of her family history. Both shockingly frank and deftly restrained, her story tackles the difficult, poignant, and fascinating family accounts of her paternal grandfather’s shellshock; her mother’s evacuation from London during the Blitz; her soft-spoken animal-loving father’s torturous assignment to an explosives team during WWII; her parents’ years living with Romany Gypsies; and Winspear’s own childhood picking hops and fruit on farms in rural Kent, capturing her ties to the land and her dream of being a writer at its very inception.   An eye-opening and heartfelt portrayal of a post-War England we rarely see, This Time Next Year We’ll Be Laughing chronicles a childhood in the English countryside, of working class indomitability and family secrets, of artistic inspiration and the price of memory. 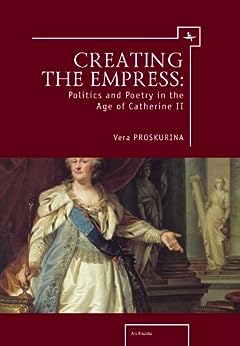 Creating the Empress: Politics and Poetry in the Age of Catherine II (Ars Rossica)

In Creating the Empress, Vera Proskurina examines the interaction between power and poetry in creating the imperial image of Catherine the Great, providing a detailed analysis of a wide range of Russian literary works from this period, particularly the main Classical myths associated with Catherine (Amazon, Astraea, Pallas Athena, Felicitas, Fortune, etc.), as well as how these Classical subjects affirmed imperial ideology and the monarch’s power. Each chapter of the book revolves around the major events of Catherine’s reign (and some major literary works) that give a broad framework to discuss the evolution of important recurring motifs and images. 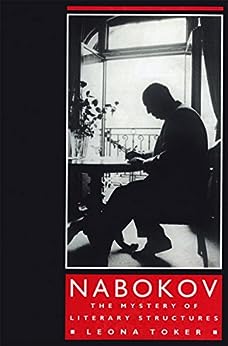 Nabokov: The Mystery of Literary Structures

Vladimir Nabokov described the literature course he taught at Cornell as "a kind of detective investigation of the mystery of literary structures." Leona Toker here pursues a similar investigation of the enigmatic structures of Nabokov's own fiction. According to Toker, most previous critics stressed either Nabokov’s concern with form or the humanistic side of his works, but rarely if ever the two together. In sensitive and revealing readings of ten novels, Toker demonstrates that the need to reconcile the human element with aesthetic or metaphysical pursuits is a constant theme of Nabokov’s and that the tension between technique and content is itself a key to his fiction. Written with verve and precision, Toker’s book begins with Pnin and follows the circular pattern that is one of her subject’s own favored devices. 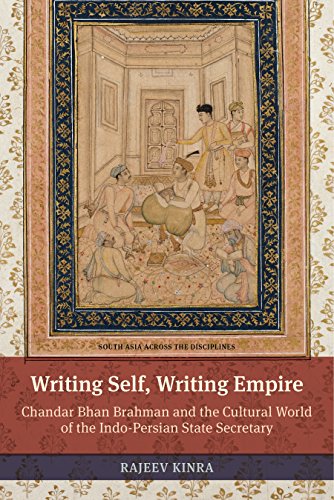 Writing Self, Writing Empire: Chandar Bhan Brahman and the Cultural World of the Indo-Persian State Secretary (South Asia Across the Disciplines)

A free ebook version of this title is available through Luminos, University of California Press’s new open access publishing program for monographs. Visit www.luminosoa.org to learn more.Writing Self, Writing Empire examines the life, career, and writings of the Mughal state secretary, or munshi, Chandar Bhan “Brahman” (d. c.1670), one of the great Indo-Persian poets and prose stylists of early modern South Asia.  Chandar Bhan’s life spanned the reigns of four different emperors, Akbar (1556-1605), Jahangir (1605-1627), Shah Jahan (1628-1658), and Aurangzeb ‘Alamgir (1658-1707), the last of the “Great Mughals” whose courts dominated the culture and politics of the subcontinent at the height of the empire’s power, territorial reach, and global influence.  As a high-caste Hindu who worked for a series of Muslim monarchs and other officials, forming powerful friendships along the way, Chandar Bhan’s experience bears vivid testimony to the pluralistic atmosphere of the Mughal court, particularly during the reign of Shah Jahan, the celebrated builder of the Taj Mahal.  But his widely circulated and emulated works also touch on a range of topics central to our understanding of the court’s literary, mystical, administrative, and ethical cultures, while his letters and autobiographical writings provide tantalizing examples of early modern Indo-Persian modes of self-fashioning.  Chandar Bhan’s oeuvre is a valuable window onto a crucial, though surprisingly neglected, period of Mughal cultural and political history. 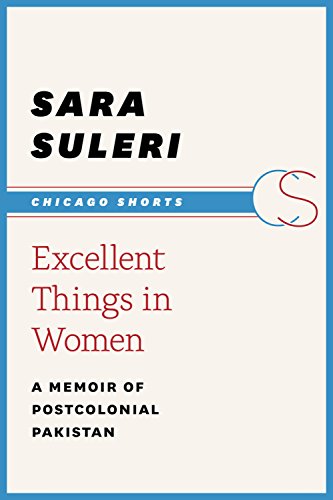 
Sometimes, only the most heartbreaking memories possess the capacity--in their elegiac immediacy--to take our breath away. With Excellent Things in Women, Sara Suleri offers the reader a delicately wrought memoir of life in postcolonial Pakistan. Suleri intertwines the violent history of Pakistan's independence with her own intimate experiences--relating the tumult of growing up female during a time of fierce change in the Middle East in the 1960s and '70s. In the two selections presented here, "Excellent Things in Women" and "Meatless Days," we watch as Suleri re-encounters the relationships that inform her voyage from adolescence to womanhood--with her Welsh mother; her Pakistani father, prominent political journalist Z. A. Suleri; and her tenacious grandmother, Dadi, along with her five siblings--as she comes to terms with the difficulties of growing up and her own complicated passage to the West. 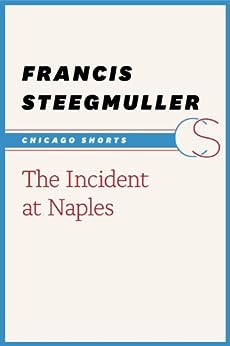 The Incident at Naples (Chicago Shorts)

Born in Australia, novelist Shirley Hazzard first moved to Naples as a young woman in the 1950s to take up a job with the United Nations. It was the beginning of a long love affair with the city, in which the Naples of Pliny, Gibbon, and Auden constantly became reanimated by new experiences, as Hazzard was joined in her travels by her husband, the editor and critic Francis Steegmuller. In The Incident at Naples, a classic essay first published by the New Yorker, Steegmuller recollects on how he was, as a tourist to the city, robbed and injured and then treated in a series of hospitals. What can The Incident at Naples teach us? A town shadowed by both the symbol and the reality of Vesuvius can never fail to acknowledge the essential precariousness of life—nor, as Hazzard and Steegmuller discover, the human compassion, generosity, and friendship that are necessary to sustain it. 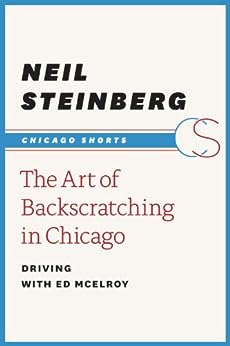 The Art of Backscratching in Chicago: Driving with Ed McElroy (Chicago Shorts)

“Ed McElroy, clear of eye, sound of mind, and eighty-three years of age . . . guides his black Cadillac down Halsted Street.” So begins longtime Chicago journalist Neil Steinberg’s nuanced homage to Ed McElroy: an old-school, behind-the-scenes backscratcher who has driven the rich, powerful, and well-connected around the city, doing favors and calling them in, for decades. Helping a young Steinberg understand the city, McElroy and his take on how a Mayor’s son gets to be Mayor and how a wily up-and-comer marries the daughter of a powerful alderman and later becomes governor would enthrall even the most seasoned Chicagoan. In this drive around town and through time, Steinberg ultimately serves up audacious and funny anecdotes about how it helps to stay connected, to know a guy, and to help people out when you can. 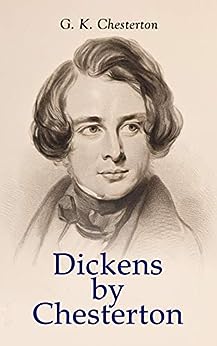 Charles Dickens was an English writer and social critic, widely recognized as a literary genius. He created some of the world's best-known fictional characters and is regarded by many as the greatest novelist of the Victorian era. G. K. Chesterton took great interest in the literature of Charles Dickens, writing several books concerning his life and his works:Charles Dickens – Biographical SketchCharles Dickens – Critical StudyAppreciations and Criticisms of the Works of Charles Dickens